Things You Cant Say In the UK 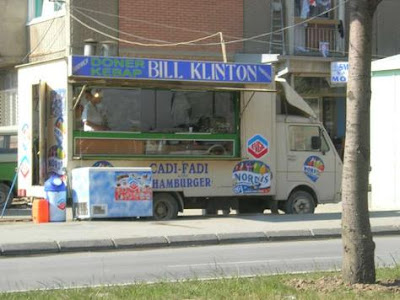 Every culture has its shibboleths. If you deny them you're less of a man, or an outcast, or something. But since I havent lived in the UK for a while I feel I'm finally free to speak my mind about some sacred cows:
1. Football is really boring. All that passing back and forth, the droning commentary, the goalless draws. Either make the nets bigger or the players smaller. Your choice Premier League.
2. Top Gear is rubbish. Why can't you people see it? Jeremy Clarkson is Terry Wogan with worse teeth, worse hair and worse gags.
3. British Tabloids are the best in the world. Despite crippling libel laws and constant snooty attacks from the high brow press they get the job done better than anybody. Gordon Ramsay, Gordon Brown, Gordon Bennett, no one is safe from those grubby hacks and their checkbooks, even people not called Gordon.
4. Stephen Fry stopped being interesting in 1994. And I like Fry, but the crap he's been shoving at us for the last decade. Gimme a break. If you ever want me to crack make me watch four hours of QI in a row.
5. Noel Gallagher. Ok, I'll give you Jeremy Clarkson if you want, but when are you people going to realise that NG is an utter and complete no talent. My non existent, illiterate, tone deaf, dead cat could write better melodies and lyrics. NG is to contemporary music what the Cretaceous–Tertiary Event was to dinosaur music.
6. Brummies are the new Irish. Nobody makes Irish jokes anymore, but all you need to hear is a Brummie accent and suddenly everyone's a comedian. Brummies lack the regional identity of Geordies, Yorkshiremen and Cockneys and if they want to make it in the big world they all are forced to drop their native dialect. You ever hear a scientist or a brain surgeon with a Brummie accent? No, didn't think so.
7. British Post Pub Food Rules! Yes it's derided but those derideders are wrong! The kebab van, the curry house, the chippie - no country I've lived in comes close to having such terrific post pub options. It may not feel great on Saturday morning, but Friday night - bloody delicious.
8. Wallace and Gromit aint what they used to be. All down hill since the train chase in The Wrong Trousers.
9. Ok I'm bored with this concept now but you get the idea. Food for thought, eh? No? Oh to hell with ya, ya Brummie hating, football playing eejits.
Posted by adrian mckinty at 9:01 AM