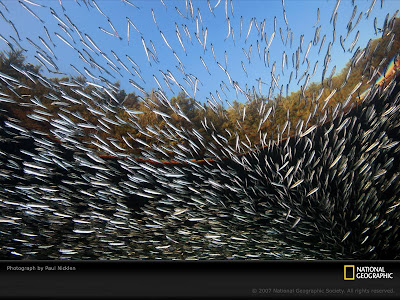 Ever seen that episode of Law and Order where the cops do an unlawful search and a judge throws out the evidence and the prosecutors have to find a different way to prosecute the guilty defendant? Of course you have, because that's every episode. Every episode of L&O, L&O SVU, L&O C.I. and dozens of other shows and movies where Mr. Movie Narrator Voice says "He got off on a technicality, now she wants revenge." Well now Hollywood screenwriters are going to have to buck up their ideas because by a 5:4 decision in the case of Herring v United States the rules of evidence have been changed. The old rule laid down by the Warren Court in Mapp v Ohio 367 U.S. 643 (1961) included the famous "fruit of the poison tree" analogy where CJ Warren said that evidence obtained illegally should not be heard in court because it was the good fruit of a "poisoned tree." The purpose behind the law of course was to deter police corruption and assure defendants of a fair trial.
...
Apparently CJ Roberts has been jonesing to change this law since 1983 when he was a pencil pusher in the Reagan administration. And now writing for the majority in Herring Roberts has said that evidence 'accidentally' obtained illegally can be used in court, even evidence obtained illegally with a degree of negligence.
...
Yes of course it's a boon for corrupt and lazy coppers but think of the poor screenwriters - it's a disaster for them. Are they still making Law and Order? If so, mark my words: it's toast.
Posted by adrian mckinty at 6:28 PM