We Have Our Winners! 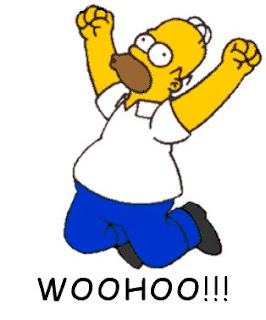 Thank you every one for entering the Fifty Grand competition and to those who didn't win I send commiserations and a whiff of consolation - I will be giving away a couple of the actual first edition hardback books in May. Anyway enough talk about those losers! Lets talk about winners. The correct answer was: 61. I had 61 drinks at the Ambos Mundos hotel in the composition of the first five chapters of Fifty Grand which came to a staggering bar bill of over 300 dollars. An obscene amount of money in Cuban terms. (Hangs head in shame). So who wins? Well no one really got that close, but the four closest were Michael Stone, Bookwitch, Cavalieresq and Alan Buckingham. Just missing out were Catherine Gardner, Keith Rawson, Leatherdykeuk and Declan Burke (which is just as well because Declan has actually been drinking with me and people might have shouted "fix!")
...
Ok I need email addresses from all four of you. As soon I get an email address (and thus a postal address) the books will be winging their way by airmail to your humble or not so humble abode. Michael and Miss Witch I know you have blogs but I couldn't figure out what your email addresses were (see what happens when you get all fancy and switch to live journal?) I feel I should give a shout out to Liam and Seana who were the most wrong, and a final thank you to everyone who played and didn't win - better luck next time, est queadam fiere voluptas.
Posted by adrian mckinty at 5:15 AM