Nigel Tufnel Is On The Side Of The Good Guys 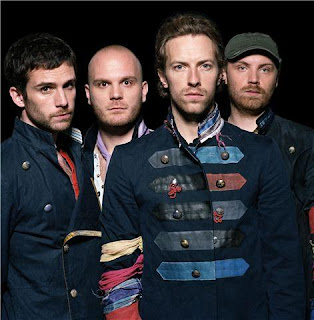 Two interesting music news stories from the BBC today:
Coldplay have denied, in a US federal court, that they copied parts of rock guitarist Joe Satriani's music for their hit song, Viva La Vida. Lawyers for the band argue that any similarities between the song and Satriani's If I Could Fly were not enough to warrant damages. Mr Satriani sued Coldplay in December, claiming they had used "substantial, original portions" of his 2004 song. He is seeking a jury trial, damages and "any and all profits" from the song. In court papers filed in Los Angeles, Coldplay also claim Mr Satriani's song "lacks originality" and should not receive copyright protection.

You can compare the two songs here. I'm no legal scholar (well ok I've got a law degree and an MA in Jurisprudence but who's counting) however if I were Chris Martin & Coldplay I'd be worried, that defence of theirs about Mr Satriani's song lacking originality - not just breathtakingly arrogant and condescending but also very shaky. The second BBC story is much happier:

Spinal Tap have announced a "world tour" consisting of a single June date at London's Wembley Arena. The tour marks the 25th anniversary of mockumentary film, This is Spinal Tap, which launched the band's career. The band will be backed by 1960s folk trio The Folksmen, the focus of another spoof film, 2003's A Mighty Wind. Spinal Tap's lead guitarist Nigel Tufnel commented: "If we're going to do a World tour on only one night, at least it's this world." Bassist Derek Smalls added: "one night is not enough, and it's way too much". Spinal Tap have used a variety of drummers over the years due several untimely deaths, including a spontaneous combustion on stage. The rest of the line-up for the world tour has not been announced but the group paid tribute to former members. Singer and rhythm guitarist David St Hubbins said: "This show will be dedicated to all of our drummers who have passed on, either to their reward or to middle management at Sainsbury's."

So how do you bring these two stories together in one place? Well by watching this YouTube of course!
Posted by adrian mckinty at 10:01 AM