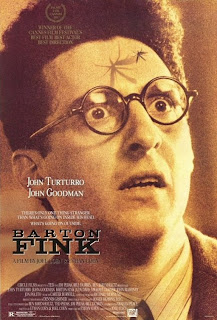 Hollywood killed Scott Fitzgerald and drove William Faulkner to drink. Nathanel West warned writers to stay away in The Day of the Locust, and the films Barton Fink and The Player seem less like parables and more like bitter reality tales. Still most novelists cannot resist the siren call (respect to JD Salinger and Thomas Pynchon who have turned down millions) and history, alas, shows that the money is never an adequate compensation for the pain inflicted by those bright young execs in the City of Angels. I was thinking about this while reading a great article in The Onion about the writers who have particularily hated what Hollywood did to their book. I liked this anecdote about Hemingway:

Hemingway had a special hatred for Frank Borzage’s 1932 version of A Farewell To Arms, starring Gary Cooper and Helen Hayes. He thought it betrayed his original ending, and that it heavily favored the romantic elements of the story over his depiction of wartime brutality. As a special show of contempt, Hemingway actively worked to keep the film from premièring in Piggott, Arkansas, the tiny town where he wrote much of the book. He was unsuccessful.

The rest of the piece (including the whole Clive Cussler Sahara debacle) can be read and enjoyed here though they forgot about Raymond Chandler who famously said: "If my books had been any worse, I should not have been invited to Hollywood, but if they had been any better, I should not have come."
Posted by adrian mckinty at 11:10 AM