The Guy's Apple Laptop To Who? 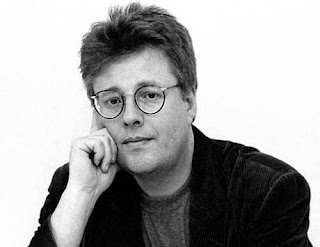 More proof that dying is a good career move for an artist but a bad one for a novelist came from The Times yesterday. Swedish crime writer Stieg Larsson author of the Millennium Trilogy died in 2004 of a massive heart attack at the age of 50. Book 1 of the trilogy was translated into English last year and became a world wide smash as The Girl With The Dragon Tattoo. Mr. Larsson had made an old will leaving all his assets and monies to the Communist Party, however it was unwitnessed and thus invalid under Swedish law. Now his father, brother and girlfriend are fighting each other for royalties, film rights, an apartment, and even a laptop that supposedly contains up to six unpublished novels. What was a feel good industry story akin to the posthumous publication of The Leopard and A Confederacy of Dunces is now a horrible mess. When I briefly clerked as a lawyer I saw the damage that could come from not making or poorly making a will. It's understable that no one wants to think of their own mortality but honestly that's no excuse. In the common law tradition its very easy to make a legal will. You can get free readymade wills online and in most libraries but really all you need is a clear letter of intent, a named executor and a couple of witnesses. Still, as a famous literary case I studied in college shows even the clearest wills are no protection against the greedy.
Posted by adrian mckinty at 10:01 AM