Who Is That Masked Man? 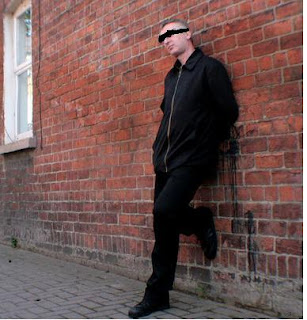 Until Colin Bateman and Ken Bruen came along crime fiction in Ireland was a genre in, er, the morgue. Crime writing was largely seen as a low form composed for slightly seedy people in anoraks who were obsessed by serial killers. These two gentlemen single handily revived Irish crime and mystery writing, imbuing it with panache and intelligence, so that now with the likes of John Connolly, Dec Burke, Dec Hughes, Brian McGilloway etc. etc. crime fiction almost gets the respect in Ireland that it does in the United States. Paradoxically Bateman (rather like Terry Pratchett) is an author who is huge in the UK, but not quite as well known in the US, which is surprising because CB lived in America for a while and set one of this funniest books, Empire State, there (and his TV series "Murphy's Law" plays on BBC America all the time.) All that, I think, is about to change with the publication of his latest novel Mystery Man. It is, I reckon, Bateman's best book to date; it's already become a smash in the UK and world domination cannot be too far behind. I was going to review MM, but I really like this non spoiler rev from Ger Brennan here, so please read that instead. I will say that I loved MM, laughed out loud dozens of times, and really enjoyed the Belfast setting. Tired of being the last to hear about cool stuff? Get ahead of the curve, do yourself a favour and read MM now before the BBC TV series and Bateman's inevitable move to Monaco where he will become an insufferable recluse.
Posted by adrian mckinty at 6:08 PM