Give Up Your Bloody Seat 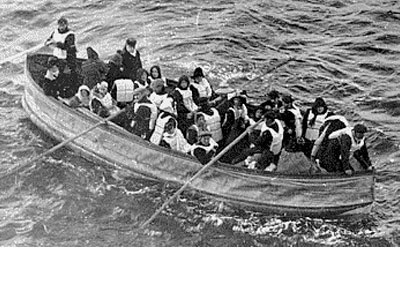 More and more men are reading magazines like GQ, Men's Health, Men's Fitness, Esquire etc. to learn how to primp and clean, how to apply discreet moisturizer, how to work on their pecs and abs and other crap like that, which they hope, ultimately, will get them girls. I'm in favour of men looking after themselves (although I draw the line at Pierce Brosnan's depressing ads for male make up) but what men in their twenties actually need instead of muscles is to learn some goddamn manners.
...
GQ and Esquire and the like should start telling young men how to behave around women because clearly they have no bloody clue. I was riding the #16 tram to St Kilda after taking my daughter to the World of Barbie Exhibit at Federation Square (yes you're right I should get some kind of Parenting Medal (feel free to nominate me for Father of the Year)) and I was stunned to see a tram full of women and children having to stand while all these young men just sat there reading their magazines or texting their friends or teasing their hair into interesting points in the window reflection. Not a single man got up to give a woman their seat. There were pregnant women on the tram, women with very young children, elderly women. Some of the men had a seat for themselves and a seat for their bag. All of them, by the way, looked great.
...
From the time of Aristophanes onwards people have been complaining about "kids today" but just because people have been complaining for 2500 years doesn't mean there hasn't been a real decline in standards of behaviour. I imagine if the Titanic went down this weekend, the young men would push the women and children out of the way as they swarmed for the lifeboats. And they wouldn't even know that they had done anything wrong. They'd just be laughing and high fiving that they'd made it while other poor suckers drowned.
...
Our society has obviously completely failed to teach young men basic manners. So, please, if you're an editor at GQ and the like maybe you could have a little section in each issue that outlines the rules of civilized behaviour. Here's your first three rules gratis: 1. You say "please" and "thank you"; 2.You don't bully waiters and clerks; 3 You give up your seat to women or elderly people. Why? You don't need to know why, asshole, you just bloody do it!

***
BTW I'm off to the UK and Ireland tomorrow for a couple of readings so I probably won't be able to respond to your comments from Saturday onwards. I'm sure some kind person will take up the mantle for me. Oh and if you're in Belfast on Wednesday come see me at No Alibis bookstore. (Plenty of seating will be on hand).
Posted by adrian mckinty at 10:01 AM