Is It Possible That They're Rebuilding an Abandoned Fairground Next Door? 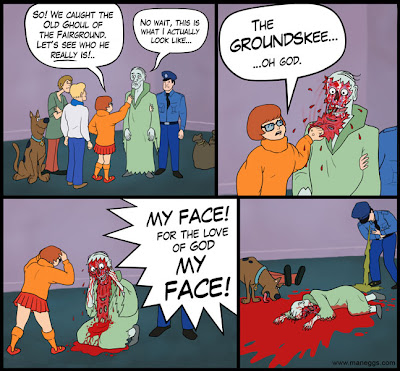 (CNN) -- A family in Saudi Arabia has taken a genie to court, alleging theft and harassment, according to local media.

The lawsuit filed in Shariah court accuses the genie of leaving them threatening voicemails, stealing their cell phones and hurling rocks at them when they leave their house at night, said Al-Watan newspaper.

An investigation was under way, local court officials said. "We have to verify the truthfulness of this case despite the difficulty of doing so," Sheikh Amr Al Salmi, the head of the court, told Al-Watan. "What makes this case and complaint more interesting is that it wasn't filed by just one person. Every member of the family is part of this case."

The family, which has lived in the same house near the holy city of Medina for 15 years, said it became aware of the spirit in the past two years. "We began hearing strange noises," the head of the family, who requested anonymity, told Al-Watan. "In the beginning, we didn't take it seriously, but after that, stranger things started happening and the children got really scared when the genie began throwing stones."

A local charity has moved the family to a temporary residence while a court investigates, the newspaper said.
Posted by adrian mckinty at 9:08 AM