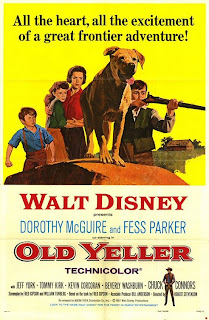 I was on Nate Silver's blog at the weekend reading about his take on the Iranian election. Nate is hyped as one of the smartest people in America. Using complex mathematics he predicted the US Presidential Election down to 1 vote and his analysis of statistical trends has been impressive. So you can imagine my surprise when in an article about the Mark Sanford sex scandal he mentioned how "nonplussed" the French were by such a small thing as having a mistress in Argentina. Oh no, I thought, et tu Nate? And then it dawned on me. Almost no one in America or England or anywhere else for that matter knows what the word nonplussed actually means. After spotting Nate's blunder I did a Google "news" search on nonplussed and sure enough a dozen stories came up and in 10 of them they used the word incorrectly. Only the Associated Press talking about Larry King cancelling his Farrah Fawcett show and the New York Times describing how upset a tennis player had been at Wimbledon used it properly. You see nonplussed actually means the opposite of what everyone thinks it means. It doesn't mean "unimpressed" or "unmoved" as The Daily Mirror, The Traverse City Record Eagle etc. etc. believe, it actually means "upset" or so upset that you're stunned into silence. I'm nonplussed right now, because clearly the usefulness of this word has reached its end. I did the Google News search rather than regular Google because to get a story in a newspaper, in theory, you've got to get it past an editor and a copyeditor first; I'm sure that out in the blogosphere and real life the situation is even worse. When you've got a scenario in which the vast majority of the population think a word means the opposite of its actual meaning then the word is toast. So let's stop embarrassing ourselves as a culture (at least over this) please join me in searching for an Old Yeller solution to this once proud coinage.
Posted by adrian mckinty at 10:40 AM