Literary Trivia To Astound/Annoy Your Friends 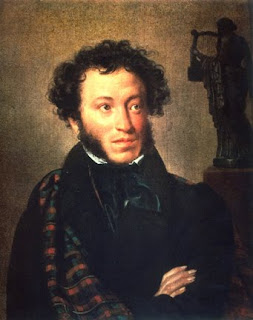 I very much enjoyed this account of the baseball trivia world series in the New York Times. With statistics stretching over three different centuries and an ultra geeky fanbase, baseball attracts more trivia buffs than perhaps any other sport, save cricket. My favourite piece of arcana was this question: Which three players appeared in games when they were older than the sitting United States President? Answer: Dan Brouthers and Jim O’Rourke (older than Teddy Roosevelt in 1904) and Satchel Paige who was older than Lyndon Johnson in 1965 (and presumably 1964 and 1963 too?)
...
Literature doesn't attract that level of devotion alas and the facts are so well known that they don't really count as trivia, however, thematically following on from my last post, I have compiled a list of 8 facts that may amuse some of you. (Why 8 and not 10? Well, I sometimes think about what life would be like if octopii had used their surprisingly large brains to become the dominant species on Earth and everything was thus in base 8, and, also, to be honest, I got a bit lazy.) And yes I know that's not the plural of octopus. Ok on with the facts:
...
1. Marcel Proust and James Joyce once shared a taxi in Paris. (You won't be surprised to learn that both complained about their health and Proust paid.)
2. Samuel Beckett and Raymond Chandler were both cricket playing Irish novelists.
3. Philip Larkin worked as a librarian in Belfast.
4. William Faulkner wrote the plan of his novel A Fable on a bedroom wall in his house in Oxford, Mississippi (and its still there to this very day).
5. JD Salinger once bought Ernest Hemingway a drink in the bar of the Ritz Hotel during the liberation of Paris. The bar of course now (like many others throughout the world) is called the Hemingway Bar.
6. Jonathan Swift was a vicar in my home town of Carrickfergus for about a year, during which he time he wrote A Tale of a Tub and possibly a preliminary sketch of Gulliver's Travels.
7. The focal point of L Ron Hubbard's "novel" Battlefield Earth is the Denver Public Library which is the same place where Jack Kerouac wrote preliminary sketches for On The Road. (And, I, er, your humble correspondent, wrote a couple of novels).
8. Alexander Pushkin's most famous poem is about a man who ruins his life in a duel. Pushkin was later killed in a duel. Mikhail Lermontov (Pushkin's most famous successor) was so incensed by this that he wrote a series of passionate poems about the stupidity of duelling and accused the Tsar of being complicit in the duel which killed Pushkin. Lermonotov, of course, was later killed in a duel.
...
Incidentally when I visited the site of Pushkin's duel in a park north of Saint Petersburg a young girl had brought flowers for Pushkin and was weeping for him uncontrollably - proving once again that poets and rock stars should die young and a little bit stupidly if they want immortal fame.
...
Ok that's it, we're out, if you can think of any lit triv, I'd love to hear to it.
Posted by adrian mckinty at 9:48 AM