Bring Back Pascarelli And, Er, Other Thoughts 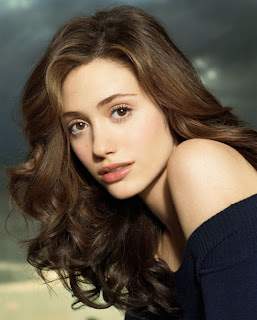 As Joni Mitchell pointed out a few years ago: "Don't it always seem to go, you don't know what you've lost till its gone." I used to listen to the Baseball Today podcast every morning in the car or on my bike, but since ESPN disappeared Peter Pascarelli (for daring to suggest that Commissar Bug Selig maybe doesn't deserve a statue in Milwaukee) the podcast has been just awful. Pascarelli was great because he used to tell the truth which almost never happens anywhere anymore. Now the show is basically Eric Karabell (who sounds like he's about 14) and his monosyllabic producer vamping desperately for 30 minutes before exhaustion kicks in and the show comes to a merciful end. Sometimes they have a guest on who is, say, an expert on the Texas Rangers and Karabell will spend fifteen minutes explaining how great it is to have on the beat writer for the Waco Sentinel and how wonderful it is to talk about the Rangers bullpen problems and you know that all the time he's wondering what it would be like to put a .38 in his mouth and go click. Now I know what you're thinking, you're thinking who the hell is Joni Mitchell? God Almighty. You want me to do all the work around here? Why don't you look her up on Wikipedia you bloody eejit. Or stick in big yellow taxi in YouTube or something. And no, my friend, not the Counting Crows version; I mean are you kidding me? A 46 year old white dude who's still sporting dreadlocks? Come on...Although somehow he seems to have pulled the wool over Emmy Rossum's eyes, which I just don't get because she seems very intelligent. According to her Wikipedia entry she sang Happy Birthday in twelve different keys to get into the Metropolitan Opera Children's Chorus. Can you imagine that audition? Happy Birthday is not a nice song to hear under any circumstances when it isn't actually your birthday, but to hear it 12 times in a row...She's very lucky she's good looking that's all I have to say. Also according to Wikipedia she has Celiac disease which means that she can't tolerate gluten but she does tolerate chubby white dudes with dreads who were famous for five minutes in the early nineties for being the anti Nirvana. Go figure, huh? Doc Brown was right in Back to the Future Part III, women are the real mystery.
Posted by adrian.mckinty at 10:28 AM