The Real Reason People Aren't Reading: The Books Are Bad 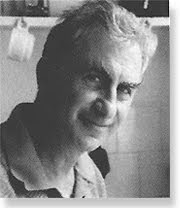 In a great little article in the Guardian today Gabriel Josipovici (right) an ex prof of comparative lit at Oxford University "condemned the work of the giants of the modern English novel as hollow. He said they were like 'prep-school boys showing off' and virtually indistinguishable from one another in scope and ambition."

As dedicated readers of this blog will no doubt be fed up hearing this is exactly my thesis: rich kids can't write. Initially I tarred both sides of the Atlantic with the same brush but commenters have convinced me that this is more of an English phenomenon than an American one. Private school boys and especially boarding school boys are cut off from the complexity of everyday life by their seclusion in a narrow caste and thus their attempts to produce great art almost always fail, getting bogged down in "cleverness" and a disenchantment with post school life. While 5% of the English population goes to private school (and less than 2% to boarding school) the upper echelons of the BBC, the national newspapers, the TLS etc. are filled with this so called "cream of the crop" which is a self perpetuating and self promoting oligarchy. (The current UK Prime Minister, of course, has never had a real job and he went to Eton and Oxford as did many of his cabinet. And so it goes...) I think Josipovici talks a lot of sense so I'm quoting a big chunk of the Guardian's article below. (I do think he's wrong about Rushdie, however. To me Midnight's Children is a work of genius and genius seems to blossom no matter how barren or plush the circumstances):
...
The fact that such writers [Amis etc] had won so many awards was "a mystery", to Josipovici. He added: "It's an ill-educated public being fed by the media – 'This is what great art is' – and they lap it up." It is a view apparently now shared by at least some others, given that the latest offerings by Martin Amis, McEwan and Rushdie were among the more prominent omissions from this year's Man Booker longlist, revealed earlier this week. "We are in a very fallow period," Josipovici said, calling the contemporary English novel "profoundly disappointing – a poor relation of its ground-breaking modernist forebears".

He said: "Reading Barnes, like reading so many other English writers of his generation – Martin Amis, McEwan – leaves me feeling that I and the world have been made smaller and meaner. The irony which at first made one smile, the precision of language which was at first so satisfying, the cynicism which at first was used only to puncture pretension, in the end come to seem like a terrible constriction, a fear of opening oneself up to the world. "I wonder, though, where it came from, this petty-bourgeois uptightness, this terror of not being in control, this schoolboy desire to boast and to shock." Such faults were less generally evident in Irish, American, or continental European writing, he added.

Laurence Sterne's 18th-century novel Tristram Shandy remained more avant-garde than the so-called avant-garde today, Josipovici argued. "An author like Salman Rushdie takes from Sterne all the tricks without recognising the darkness underneath. You feel Rushdie's just showing off rather than giving a sense of genuine exploration."

Referring to graduates, like McEwan, of the University of East Anglia's famous creative writing course, Josipovici said: "They all tell stories in a way that is well crafted, but that is almost the most depressing aspect of it — a careful craft which seems to me to be hollow." He singled out The Comfort of Strangers, McEwan's story of obsession, as easy to read but lacking "a sense of destiny, of other worlds suggested but lying beyond words...One finishes them and feels, 'So what?' – so very different from the gut-wrenching experience of reading Herman Melville's Bartleby." Josipovici extended his criticism to one of the behemoths of modern US writing, Philip Roth. "For all Roth's playfulness – a heavy-handed playfulness at the best of times – he never doubts the validity of what he is doing or his ability to find a language adequate to his needs. As a result, his works may be funny, they may be thought-provoking, but only as good journalism can be funny and thought-provoking."

Overall, he said, while the likes of Kafka were plagued by self-doubt, his modern peers seemed arrogant and self-satisfied, "which is mildly depressing". Many of the authors named by Josipovici are published by Random House. A spokesman for the publisher said: "Obviously we wouldn't agree. I don't think the authors would want to comment either."
Posted by adrian mckinty at 10:32 AM