Dunedin, The McIlvanney Clan, The Languages of Scotland and Terry Eagleton's brilliant class 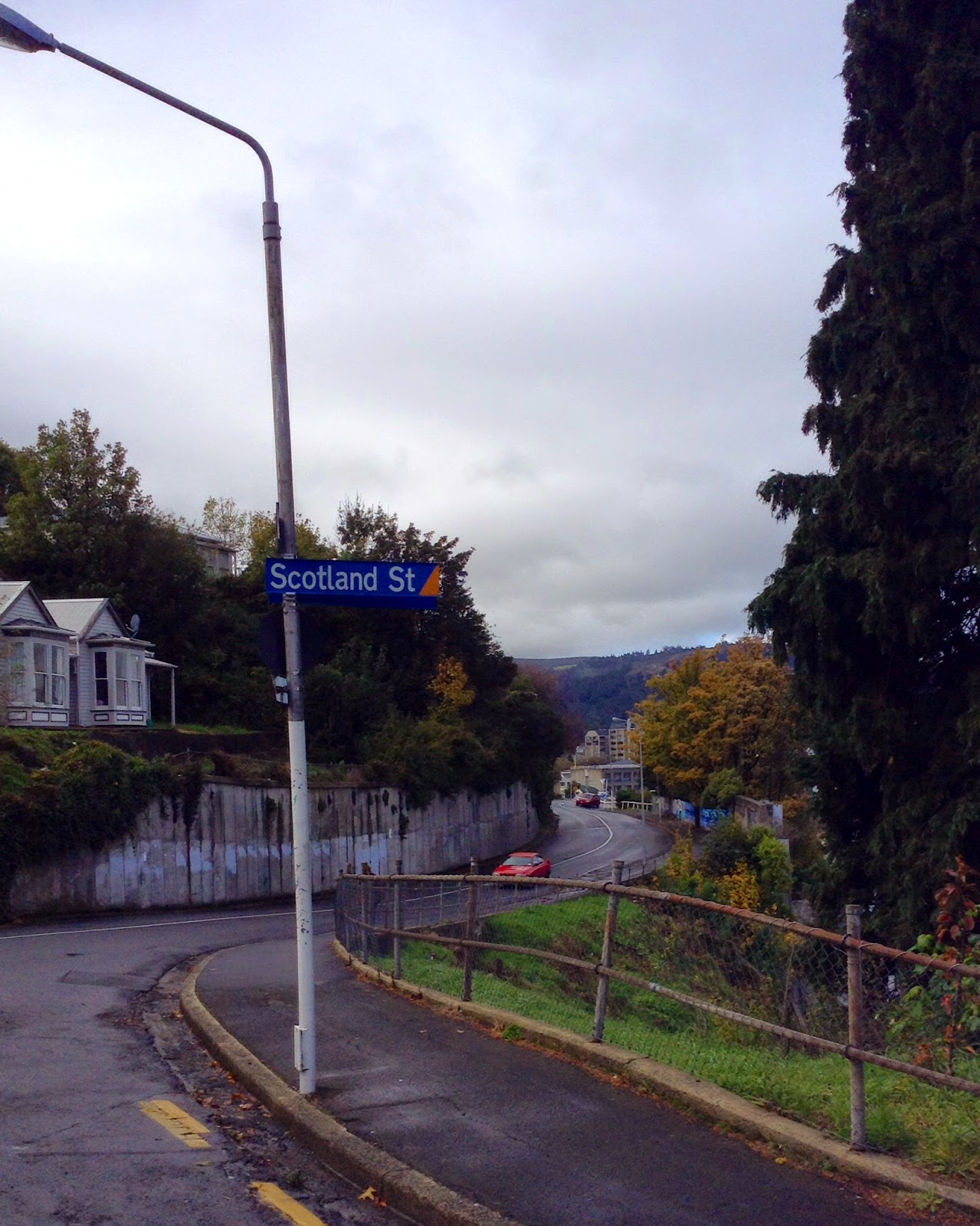 If the Scots had ever had an empire of their own (rather than engineering, running and generaling the British Empire) it probably would have looked at lot like Dunedin where I've been for the last few days. There's a statue of Robbie Burns in the centre of town, the streets all have Scottish names, the buildings remind me of Dumfries and even the landscape has a Scots feel: moors and mountains and - at least since I arrived - mist and rain. I've been staying at the Department of Irish and Scottish Studies as a guest of Liam McIlvanney the chair of same. I hadn't met Liam before but I've known about him since the publication of his excellent book All The Colours of the Town which I've blogged about several times. He's also an influential voice in Scottish poetry and has attended the John Hewitt Summer School many times hanging with all the big guns of the Belfast poetry scene: Heaney, Muldoon, Mahon, the Longleys, Paulin, Carson etc. Liam's da, of course, is the great William McIlvanney the author who more or less invented Tartan Noir and Celtic Noir. William McIlvanney's novel Laidlaw was one of the first crime novels I ever read and it remains a classic. Not to overegg the custard but Liam's Uncle Hugh McIlvanney was one of the greatest postwar British sports writers.
... 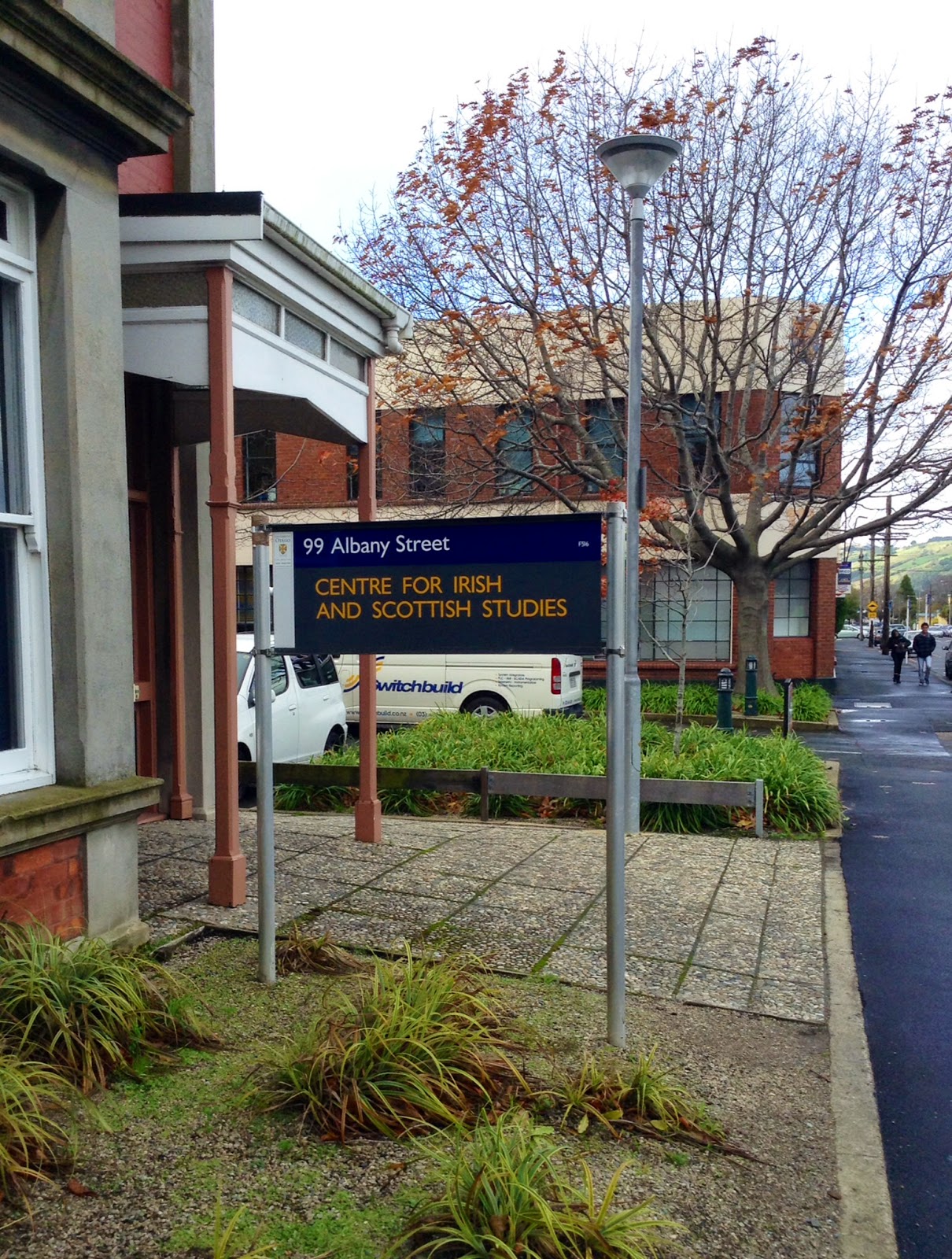 When I say that Liam and I have never before this might not in fact be true. We were at Oxford at exactly the same time 1991 - 1993, drank in many of the same pubs, were both in the Irish society, and we both attended Terry Eagleton's famous lecture series on English literature. In fact over the years I've met half a dozen people in all corners of the world who were in that Terry Eagleton class and everybody all says the same thing, that not only was it the best class they had at Oxford but the best class they ever had anywhere. I'll bet you a very high % of students in that class went on to become writers... 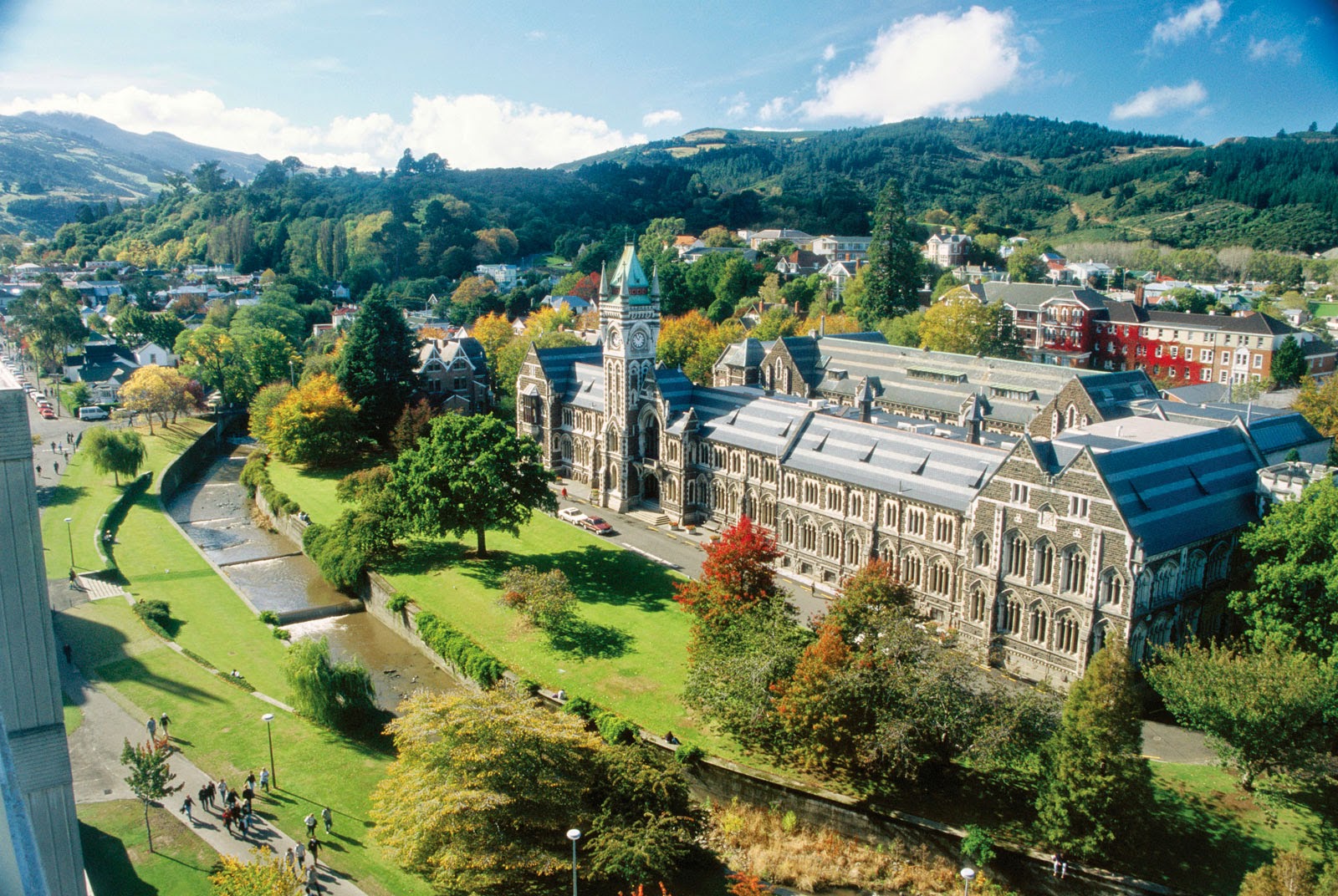 ...
But anyway back to Dunedin. A charming Scottish town exported to the Southern Hemisphere with a distinct New Zealand tang. The university (below) runs along the banks of the Leith and is really quite lovely even in the rain. The name Dunedin comes from...well, why should I rewrite what Wikipedia explains very well. (Michel Houellebecq wouldnt even kop to the theft.) Here's what the anonymous wiki people say in their article on Edinburgh:

The root of the city's name, is most likely of Brittonic Celtic origin, from the Cumbric language or a variation of that which would have been spoken by the earliest known people of the area, an Iron Age tribe known to the Romans as the Votadini, and latterly in sub-Roman history as the Gododdin. It appears to derive from the place name Eidyn mentioned in the Old Welsh epic poem Y Gododdin.[12][13][14]The poem names Din Eidyn as a hill fort (Din meaning "dun") in the territory of the Gododdin.[15] The change in nomenclature, from Din Eidyn to Edinburgh, reflects changes in the local language from Cumbric to Old English, the Germanic language of the Anglian kingdom of Bernicia that permeated the area from the mid-7th century and is regarded as the ancestor of modern Scots.
Interesting, eh? As I understand it at the time of the Y Gododdin 4 languages were spoken in Scotland: Cumbric (a form of Gaelic similar to Welsh and Cornish), Old Irish in the Kingdom of Dalriada in the Western Isles, Pictish in the North and Old English (or Anglo Saxon if you prefer) in the South. These 4 languages would soon be joined by Old Norse as the Viking longships made their way up the firths and loughs. By the middle ages only Scots (the dialect of English still spoken there today), Gallic and Norse were left. Norse in its Norn variant died out in the nineteenth century, leaving Scots and a few pockets of Gallic remaining.
Posted by adrian mckinty at 10:00 AM