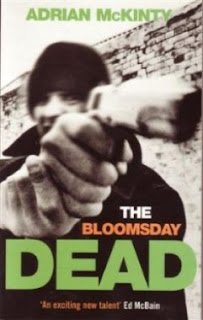 The uber charming Rebecca Gray, Serpent's Tail's PR guru/marketing whiz/resident genius informed me this morning that The Bloomsday Dead has been long listed for an award. It's The World Book Day's Spread The Word Award which seeks to encourage people to (gasp) read more books. It's a people's choice award, so after the long listing, the people, i.e. you, will vote to make the short list and the winner will be announced on world book day next year. If you'd like to vote for Bloomsday Dead or any of the other nominees then jump on over to their website.
...
I just got a rather impertinent email asking me what's in it for you, the reader/reviewer. Well, apart from encouraging people to read books, JF, I'll tell you what, vote for me, or review me and if I make the shortlist, I'll give away my entire box of signed first editions on the blog. Deal?
Posted by adrian mckinty at 6:06 PM