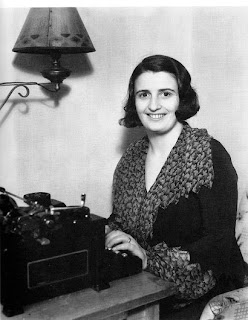 For some reason there have been a lot of books about where geniuses come from recently. PR, er, genius Malcolm Gladwell seems to have written most of them and in his column in the New York Times David Brooks has ploughed this furrow even deeper. Brooks says that there's no such thing as god given talent, its all about practice:

What Mozart had, we now believe, was the same thing Tiger Woods had — the ability to focus for long periods of time and a father intent on improving his skills. Mozart played a lot of piano at a very young age, so he got his 10,000 hours of practice in early and then he built from there. The latest research suggests a more prosaic, democratic, even puritanical view of the world. The key factor separating geniuses from the merely accomplished is not a divine spark. It’s not I.Q., a generally bad predictor of success, even in realms like chess. Instead, it’s deliberate practice. Top performers spend more hours (many more hours) rigorously practicing their craft...
Of course neither Brooks nor Gladwell or anyone else talks about the downside of this supposedly "democratic" view. In the old days you could look at Hitchcock or Mozart or Dickens and say "well what do you expect, mate, he's an effing genius that bloke" but if we all could be like him it's just another stick to beat yourself up with. What haven't I made it to the big time? you wonder and the answer's simple: you're just a lazy git.
...
Another thing these gurus never consider is who gets to call someone a genius in the first place. I think the "genius" label says more about contemporary fashion than anything else. Tiger Woods' golf swing? Utterly and completely useless for the last 99.9999999 percent of human history. Mozart's genius? Almost entirely posthumous. Stephen Hawking? What did he win the Nobel Prize for again? Writers in particular are ships in a sea of shifting fashions. Reputations rise and fall and fall and rise. When Melville died several of the obituaries got his name wrong and didn't even mention Moby Dick. When Philip K Dick died the New York Times gave him a 3 paragraph obit, whereas Isaac Asimov got the cover and an entire inside page. History is stuffed full of authors who died or killed themselves after scores of rejections only to have their manuscript published to general acclaim. (A Confederacy of Dunces and The Leopard are two genuine masterpieces that spring to mind.) Were the rejectors wrong or did fashions change? Who knows? To this day people try to convince me of the literary merit of Ayn Rand or Dan Brown or Ayn Rand again (she has a lot of persistent, lunatic fans) so far to no avail, but maybe they're right. Time will shake it out. JS Bach finally became more famous than his offspring, Mozart more appreciated than Salieri, PKD seen as more of an original talent than Asimov. And all of that of course can flip again. Do you remember this great scene in Star Trek IV ? The punchline is right at the end, where Mr. Spock gives us a little perspective.
Posted by adrian mckinty at 10:01 AM