FIlms of the Decade 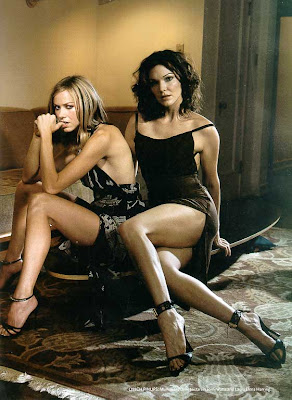 Following on from my books post last week, below I've listed my favourite films of the decade. I don't think it was a particularly good era for the movies. The Coens were off the boil, we no longer had Stanley Kubrick, some idiot reinvented torture porn and mindless blockbusters continued to dominate. Outside of Hollywood I think English and French art house films generally got overpraised out of sheer desperation (the Times puts the feeble Cache as their #1 film of the decade) and the explosion of Korean horror films didn't do all that much for me. Still, for what it's worth, these are my favourite films (not necessarily the best) of the noughties.