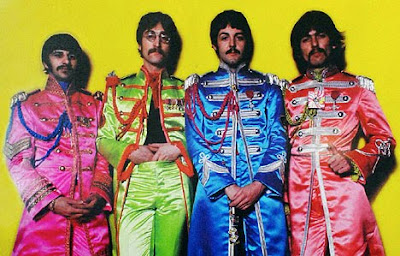 A few months ago the BBC had a piece about those apparently few eccentrics in the world who dislike the music of John, Paul, George and Ringo. After some exhaustive research it was concluded that to say that you liked pop music but disliked the pop music of the Beatles was an incoherent and untenable position. It was ok to dislike pop music in general, preferring classical, but, according to the Beeb, it didn't make any sense to doubt the genius of the Beatles if you were a fan of the pop music genre.
...
Well maybe I'm philosophically unsound but I hate the bloody Beatles. I hate their sound, their harmonies, their lyrics, everything about them. I find their music insipid, dull, bland, so bad in fact that it's almost torture to listen to. I hate the McCartney songs most of all, but the entire oeuvre pains my ears. And it's not as if I'm prejudiced against that era. Quite the reverse in fact. Among my favourite bands are Led Zep, Pink Floyd, The Who, The Stones, The Kinks, The Animals, Cream, but not the frickin Beatles. I hate the early mop top Beatles, I'm a little more tolerant of the middle period stuff in Revolver and Rubber Soul, but then it really gets bad with the late psychedelic albums. Everything about those records makes me irritated and I defy the most ardent Beatles fan to watch the whole of Magical Mystery Tour without wincing in pain and agony. Apart from the two Harrison tracks on Abbey Road I'd be happy never to hear any of those songs ever again as long as I live. (Harrison is my favourite Beatle not just because of his music, but also because he mortgaged his house so that Monty Python could make Life of Brian.)*
...
I know most people won't understand me when I confess to these feelings, but there they are, the cat's out of the bag and I feel better.The BBC may disagree with me but some influential people are also jumping on the Beatles hating bandwagon. Anyway I'll stop now before someone gets me started on The Beach Boys or The Eagles or the abomination that was known as Wings.
..
..
*Here's a fact for trivia fans: George Harrison and Elvis both shared a favourite film: Monty Python and the Holy Grail.
Posted by adrian mckinty at 8:02 AM