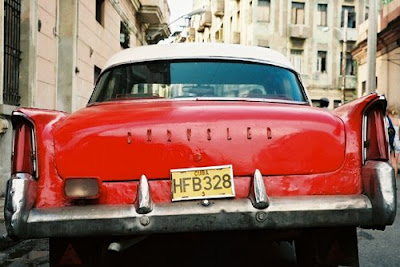 Last year I spent a lot of time in Cuba researching a book called Fifty Grand. I wrote much of the novel at the atmospheric Ambos Mundos Hotel in Havana where Hemingway wrote For Whom The Bell Tolls. Its your standard murder mystery/ Scientology/ Hollywood/Cuban Secret Police/conspiracy novel, but I like it. 50G won't be out until early next year but if ya want to read chapter 1 then please click: here (comments much appreciated). 50 G will be published by Holt in the US and Serpents Tail in the UK.
...
All this week I'll be working on the page proofs and when I'm done with them I'd like to give them away to a reader/collector. If someone could suggest how I do this in the form of a fair competition or draw, I would greatly appreciate it. The proofs might look a bit messy so I'm not a 100% sure anyone will be that interested but if I get assassinated by Cuban Intelligence or a Scientology Clear then they might be worth a few quid. (The first few comments below are from when I originally posted this back in July (we didnt all lose our minds))
Posted by adrian mckinty at 9:45 PM