(Blogger ate the two new posts I've been working on, so out of laziness and pique today I'm recycling an older post, originally posted July 2010) 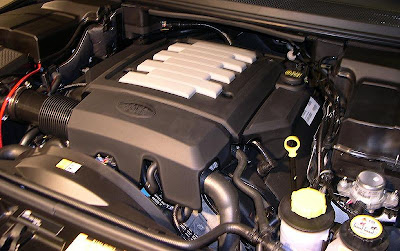 In last week's Herald Sun I read that our new Prime Minister's partner Tim Mathieson is a patron of some kind of men's health initiative that involves giving each Australian male access to a "man shed" where he can potter around, read Top Gear Magazine and fix things. I wondered if the Herald was being satirical about this but apparently not. The man shed initiative is a desperate move and it's far too late. Men in the west are in big trouble. We weren't meant to sit at desks for 8 hours a day or live in little boxes or visit garden centres at the weekend. All of that is cripplingly bad both physically and spiritually. Basically I think that things have been going down hill for us since we gave up persistence hunting. For 50,000 generations we lived outside on the savannah in Tanzania and Kenya dodging lions and chasing gazelles until they couldn't run anymore. For the last 100 generations we've been living in squalid cities next to a bunch of friggin strangers with all their hang ups and bad music. Men don't hunt, don't hang out, don't really do anything anymore. We don't even fix cars - a traditional twentieth century standby when things got bad. And it's been getting worse. Camille Paglia in a slightly crazed, buckshot op/ed in the NYT last week came up with a few excellent points on this topic:

In the discreet white-collar realm, men and women are interchangeable, doing the same, mind-based work. Physicality is suppressed; voices are lowered and gestures curtailed in sanitized office space. Men must neuter themselves, while ambitious women postpone procreation. Androgyny is bewitching in art, but in real life it can lead to stagnation and boredom, which no pill can cure. Meanwhile, family life has put middle-class men in a bind; they are simply cogs in a domestic machine commanded by women. Contemporary moms have become virtuoso super-managers of a complex operation focused on the care and transport of children. But it’s not so easy to snap over from Apollonian control to Dionysian delirium.

Nor are husbands offering much stimulation in the male display department: visually, American men remain perpetual boys, as shown by the bulky T-shirts, loose shorts and sneakers they wear from preschool through midlife. The sexes, which used to occupy intriguingly separate worlds, are suffering from over-familiarity...

Back to the cars. I walked by a broken down Range Rover this week. I looked under the hood with the owner but the engine was covered up by bits of plastic as if the mere thought of all those mechanical bits whirring around was somehow offensive. Sheds arent the answer. I dont know what is the answer (or even really what is the question) but I do know that we've gone beyond the shed solution.
Posted by adrian mckinty at 10:01 AM