with the Coen brothers' new film Inside Llewyn Davies finally being released next week I'd thought I'd reblog this post about what possibly could be their next film...(or possibly the one after that)
... 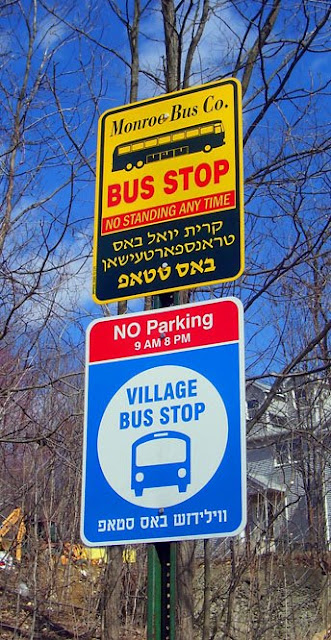 The Yiddish Policemen's Union by Michael Chabon In Michael Chabon’s universe Alaska isn’t a frontier bastion for singsongy dimwitted governors and moose-killing survivalists but rather is the transplanted home for two million cosmopolitan Jewish refugees crammed into the sprawling city of Sitka just south of Juneau in the Alaskan panhandle. This is the central conceit of Chabon’s THE YIDDISH POLICEMEN’S UNION, a murder mystery and alternative history noir, that follows Detective Mayer Landsman’s quest to find the person or persons who killed the quiet chess master who lived in his overcrowded flop house. In what used to be called ‘the Jonbar Hinge’ among us sci-fi geeks, the moment Chabon’s Earth diverged from ours was sometime in the late 1930s, when the US government allowed unlimited Jewish migration from a Hitler dominated Europe to refugee camps in Alaska. The book is a kind of a ghost story, imaging the unlived lives of hundreds of thousands of people who, in the real world, were murdered by the Nazis. Chabon’s fantasy is that instead of this vibrant, rich, literary Yiddish culture becoming extinct in 1945, it crossed the Atlantic and survived in America. That’s the premise but what of the book? In many ways it’s a standard police procedural of the Ed McBain / Mickey Spillane school that Chabon has composed in an affectionate pulp 1940’s style. He writes in the urgent present tense with a great deal of panache and economy. Chabon’s metaphors aren’t quite as rich as Raymond Chandler’s (whose are?) and his steeliness isn’t up there with Hammett, but his jokes are as good and sometimes better. His humour is Yiddish humour. Dry, slightly surreal, dark. There’s a gag or Chandlerism every few pages: ‘She took a compliment the way some people take a can of soda that they suspect you’ve shaken first.’ The plot takes a while to get going but that’s ok, as you want to get to grips with Chabon’s Alaska, the alternate time-line and the offbeat characters. When the murder mystery does start to unfold, Chabon spins the yarn with intelligence, style and tight plotting. Alternative History novels are en vogue and a different outcome for World War II is by far the most popular scenario. Philip Roth’s THE PLOT AGAINST AMERICA covered similar terrain only three years ago and we’ve also had FATHERLAND, SS GB among many recent others. Chabon himself is a fan of Philip K Dick’s AH novel THE MAN IN THE HIGH CASTLE, which towers above all contenders in the ‘Nazis win the war’ field. So although Chabon isn’t quite off in terra nova, what really stuck with me was the idea that every single person in Sitka – the former capital of Russian America (now there’s an idea for an AH novel) – was speaking Yiddish. There’s Yiddish TV, newspapers, radio, songs. Even the Irish newspaper hack talks a kind of low German. I liked this notion because although now virtually extinct as a literary tongue, Yiddish produced an extraordinary corpus of poems, plays and novels in its brief flowering, and today its influence can be felt in everything from Woody Allen films to Mel Brooks and Curb Your Enthusiasm. Irony is the default stance of Yiddish prose. Irony, embedded with black witticisms and a kind of grim fatalism. I have read a critique that Chabon’s style is ‘not Yiddish enough’ and certainly compared with Nobel Prize winner’s IB Singer’s it seems mannered and even a little forced. But actually Chabon does have a precursor in the lesser known Yiddish master Lamed Shapiro, whose American stories were influenced by the US hard-boiled school and seem strikingly similar to Chabon’s mix of paranoia, violence and defiant logic-inverting humour.

TYPU is a thoughtful, introspective, novel - my only real existential criticism is that I don’t think the AH scenario really adds that much to the narrative and I wonder if the novel might not have worked just as well in our universe. Chabon said that the AH was necessary because ‘the Yiddish world is dead’, and while it is true that the Nazis destroyed Yiddish Europe (and the survivors mostly migrated to Israel where they had to speak Hebrew), Yiddish did not die out completely. My own wedding ceremony was in Yiddish at a Yiddish-Bundist commune in Putnam Valley, New York, and anyone who’s been to Kiryas Joel, NY, will find an entire town of 20,000 Haredi Jews with Yiddish newspapers, Yiddish street signs, Yiddish coffee shops, Yiddish schools, self published Yiddish spy novels. And yes, Kiryas Joel even has Yiddish speaking policemen.
Posted by adrian mckinty at 8:01 AM