Come On Feel The Noise: Slade House by David Mitchell 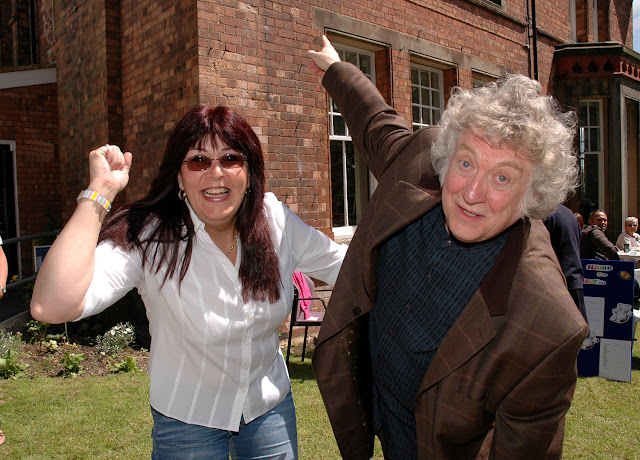 Fifteen pages into Slade House my heart sank as I realised that for the third novel in a row David Mitchell had chosen to write about a fictional war between soul sucking vampires and the protectors of the human race known as horologists. This dreary theme, a subplot in Mitchell’s Thousand Autumns of Jacob de Zoet, became the main story of 2014’s The Bone Clocks with Slade House apparently a kind sequel to that book.
The story begins in 1979 when Nathan Bishop and his mum are invited for a soirée at the posh Lady Grayer’s house somewhere in the English West Midlands. The party is a ruse to get Nathan up to the attic where he is attacked by the immortal Grayer twins: Norah and Jonah. The action moves on nine years to 1988 where another victim, a policeman, is lured into the spider’s web.
Thus proceeds the book, victim after victim, until the palpably foreseeable conclusion. Coming in at a slight 233 pages this is Mitchell’s shortest novel by a long way. My hunch is that Slade House was initially a chapter of The Bone Clocks which got cut when the book became unmanageable. Those of us who have read a lot of Mitchell will not be surprised by the appearance of a character from De Zoet and The Bone Clocks in the denouement to the story who arrives to save the day. Indeed but for a change of location and personnel Slade House has almost exactly the same supernatural arc as the two previous Mitchell novels.
Perhaps the time has come for David Mitchell’s editor to invite him in for a chat about his future. Mitchell needs to be firmly guided away from the baleful influence of Neil Gaiman, JK Rowling, Terry Pratchett and Michael Moorcock and back onto the straight and narrow of sophisticated, psychologically penetrating English literature. Every writer has their obsessions. For JG Ballard it was empty swimming pools and low flying aircraft but Ballard’s pools and planes were always used inventively. Evelyn Waugh’s worship of the rich got us some good jokes and Graham Greene’s fixation with Anglo-Catholicism produced some crapulous soul searching. Mitchell’s soul sucking vampires are not half so interesting.
English fantasy writing can be a terrain for exploring big metaphysical and moral issues – Angela Carter was a writer who had the heft and ability to do this – but it takes great skill to navigate the fantasy minefield chock full of camp and cliché. Kazuo Ishiguro’s recent novel, The Buried Giant, is an other example of how not to do it. If he keeps going the way he’s going David Mitchell’s next novel will be indistinguishable from Clive Barker or Stephen King, which some of you will think is a jolly good thing; but for many of us this would be a disappointing path for a writer who debuted on the list of Granta’s Most Promising Young British Novelists a dozen years ago and who should have won the Booker Prize for the magnificent Cloud Atlas.
Posted by adrian mckinty at 8:00 AM