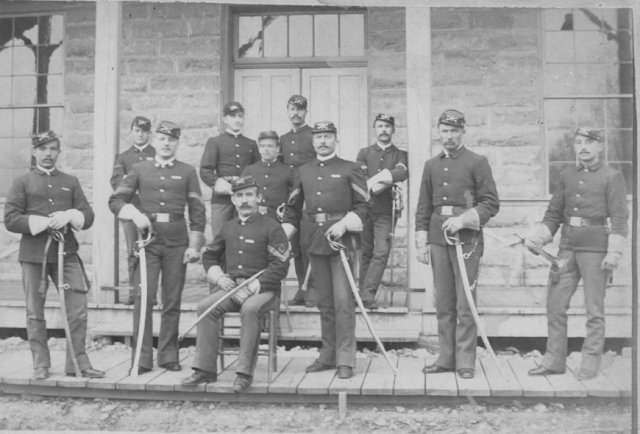 My  review of the new Seb Barry novel from last week's paper:

In a surprising and delightful change of pace from his Man Booker Prize shortlisted Dublin novels A Long Long Way and The Secret Scripture, Sebastian Barry’s new book, Days Without End, is a picaresque adventure story set on the American frontier in the 1850s and 60s.

Thomas McNulty is in his early teens when the potato famine hits his native Sligo. His family are fairly well-off lower-middle-class merchants but they are sucked into the vortex as blight and starvation beginning killing everyone in the county and destroy McNulty Sr’s family business. With the last of their resources, Thomas’s parents put him on a ‘‘fever ship’’ to Quebec; he miraculously survives and drifts south into America.

Out in the western goldfields he meets John Cole — the love of his life — and the two boys, scrubbed and shaved and put into drag, become private dancers for woman-starved miners in a saloon run by the kindly Titus Noone. Tiring of this life, they enlist in the US Army and are posted to a lonely fort in the Nebraska Territory where they have various dealings with the Lakota Sioux.

Thus far the jaunty tone of the novel reminded me of Thomas Berger’s Little Big Man or John Barth’s The Sot-Weed Factor but out on the hard cold prairie we delve into a deeper, harder, more troubled soil. The nasty, brutal, personal nature of the Indian Wars between the white men and the Lakota is explored in a harrowing sequence where the cavalry conducts a well-organised massacre at an Indian camp.

This part of the book is as disturbing as anything in Cormac McCarthy’s Blood Meridian and I was relieved when the Civil War kicks off and Cole and McNulty are sent east with their regiment. Before they go they adopt an orphaned Indian girl called Winona and send her to live with old Mr Noone, who promises to supervise her education and look after her.

As the Grand Army of the Republic moves down into Virginia we are treated to several spectacular set-piece battle scenes. Here again there are echoes of other novels, most notably Michael Shaara’s masterpiece The Killer Angels. When everything goes horribly wrong and the entire regiment surrenders, we freeze and starve for several unhappy chapters in the nightmare that was the Confederacy’s Andersonville prison during the winter.

Finally exchanged for rebel prisoners, John and Thomas move in with Mr Noone and Winona, who are living in a hardscrabble town on the Missouri River. Noone is running minstrel shows now, but McNulty suggests a revival of their drag act, with Winona blacked up as a maid. The shows are wildly popular and Thomas and John live together as husband and wife with Winona as their daughter.

With the money saved from their drag act they move to Tennessee to help a fellow veteran run his tobacco plantation, and life there is violent and dangerous but ultimately pleasant and good. We know it cannot last, though, and the repercussions of that massacre at the Lakota camp a decade earlier stretch across time and 1000 miles of country all the way to Thomas and John’s farmstead in Tennessee. The Lakota chief Caught-His-Horse-First has kidnapped one of the fort commander’s daughters and is willing to swap her for his sister’s child, Winona.

What distinguishes Days Without End from other books in the western genre or other picaresque novels set in this period is the fascinating family dynamic Barry establishes between John, Thomas and Winona. Without labouring the point, Barry gives us a convincing and moving gay/transgender love story that feels completely authentic. We know now that hundreds of women dressed as men served as soldiers in the Civil War (often the ruse was only uncovered on the mortuary slab), and similarly there is a historical basis for boy ‘‘mollies’’ working as dancers or prostitutes along the frontier (and in London and Paris, for that matter).

Thomas is a thoughtful, brave and sympathetic protagonist and his adventures, particularly in the final third of the book, had me on the edge of my seat, hoping that everything would work out and that we would get the Little Big Man ending rather than the Blood Meridian ending. The book is written in first-person, faux-19th-century prose from Thomas’s perspective; this might irritate some readers, but after a couple of pages I had completely bought into the narrator’s voice and I found the writing to be lyrical, funny and often very beautiful.

Patrick O’Brian used to say that historical novels were a despised genre and that historical sea stories were hated most of all. Yet his endeavours changed the way we perceived Napoleonic sea stories and raised the genre. Similarly, Hilary Mantel made us look again at the much ploughed field of Henry VIII’s marital difficulties. The western novel too could do with a reboot and Barry’s superb Days Without End may be just the book to kick it off.

Days Without End
Posted by adrian mckinty at 9:00 AM