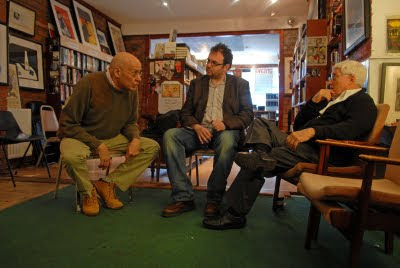 James Ellroy appeared on BBC Radio 4's Desert Island Discs this week. The premise of the venerable show (its been going since 1942) is that you are cast away on a desert island with only 8 records. You then talk about what 8 records (or pieces of music) you would pick, what they mean to you, and of course we get to hear snippets from all of them. You are also allowed one book on the island and you talk about that too. Ellroy's choices were surprising: really heavy on the Beethoven and Bruckner, nothing from North America. And for his book he went for Don Dellilo's Libra. I thought Libra was a great novel and will always remember that beautiful scene of Lee Harvey Oswald riding the subway in New York, at the front of the very first car looking out into the dark tunnels; Libra makes it clear that Oswald indeed shot JFK and was the lone gunman. Interestingly Ellroy's most important work The Underworld Trilogy takes the opposite tack and has the unlikely premise that Oswald was an utter patsy and that JFK was killed by Hoover and the Mafia. Anyway you can hear Ellroy explain himself (and for three more days you can listen to the entire programme) here. The pic is of Ellroy talking to Stu Neville at the great No Alibis bookshop in Belfast (Ellroy is the lanky, bald one). I've written about Ellroy a couple of times, most recently here.
Posted by adrian mckinty at 8:49 AM