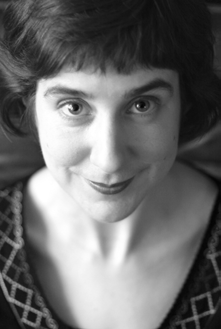 Sinead Morrissey was shortlisted for this year's TS Eliot prize (for the best poetry collection published in the British Isles). I was hoping that she would win but unfortunately she did not. (The award went to Philip Gross.) I had to do a search through this blog to see if I had posted about Sinead Morrissey before and found to my surprise that I hadn't. Let me rectify that.
...
It is apparent now that the generation of poets who were at Queens University Belfast roughly around the same time as Seamus Heaney exhibited the kind of genius that you find very rarely in history: Periclean Athens, Elizabethan London, Fin de Siecle Vienna, 20's Paris. Poets in the Queens circle included Heaney himself, Paul Muldoon, Ciaran Carson, Derek Mahon, Tom Paulin, Michael Longley et al who, between them, have won just about every poetry prize going. Ireland of course has never been short of pugilists or poets and a new generation of greats is now coming to the fore among whom Sinead Morrissey is one of my favourites. Born in 1972 in Portadown, educated at Trinity, she brings your bog standard Irish gift for brilliant lyrical intensity to a disciplined and close observation of her own feelings and the world around her. Is she the real deal? I think so. She's intelligent, learned and is only getting better. The BBC has a nice clip of Sinead reading and a list of the other poets up for the TS Eliot prize here.
Posted by adrian mckinty at 9:40 AM