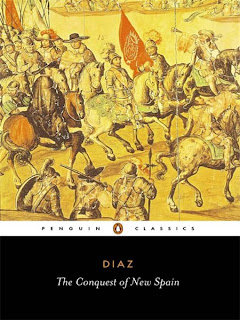 Werner Herzog's unorthodox film school, The Rogue Film School has 12 rules or guidelines. The first one should be "Do Not Talk About Fight Club" because really that's what he's setting up, either that or a cult, not a film school, however the last five are not only pretty amusing but they also contain Herzog's reading list:

8.Related, but more practical subjects, will be the art of lockpicking. Traveling on foot. The exhilaration of being shot at unsuccessfully. The athletic side of filmmaking. The creation of your own shooting permits. The neutralization of bureaucracy. Guerrilla tactics. Self reliance.

9.Censorship will be enforced. There will be no talk of shamans, of yoga classes, nutritional values, herbal teas, discovering your Boundaries, and Inner Growth.

10.Related, but more reflective, will be a reading list. Required reading: Virgil’s “Georgics” and Ernest Hemingway’s “The Short Happy Life of Francis Macomber”. Suggested reading: The Warren Commission Report, Rabelais’ “Gargantua and Pantagruel”, “The Poetic Edda”, translated by Lee M. Hollander (in particular The Prophecy of the Seeress), Bernal Diaz del Castillo “True History of the Conquest of New Spain”.

12.Follow your vision. Form secretive Rogue Cells everywhere. At the same time, be not afraid of solitude.
...
Something struck me about the list of the books mentioned in #10. I couldn't figure it out for a while but then it came to me: The Conquest of New Spain, Hemingway's Short Stories, Virgil's Georgics and The Icelandic Eddas were the books that Michael Forsythe was reading in my novel Dead I Well May Be. Does this mean that Werner and I are on some kind of wavelength or are these merely the books that you read before you turn you into a borderline sociopath? Perhaps these are the texts that all young men should read and then subsequently grow out of. I'm not sure. But they certainly are all of a piece. I'd add Christopher Logue's War Music and maybe Kinsella's translation of the Tain Bo Cuailnge.
...
Incidentally, if I were forming a cult like Werner Herzog (and I'm ruling nothing out at this stage) I'd only have one book on my reading list and that would be The Collected Poems of Philip Larkin. I'd have my acolytes cultivate disenchantment and pessimism not ecstatic truth and Aristotlean virtue. I'd probably get a lot of goths.
Posted by adrian mckinty at 10:02 AM