The Continuing Awesomeness Of Days Of Our Lives 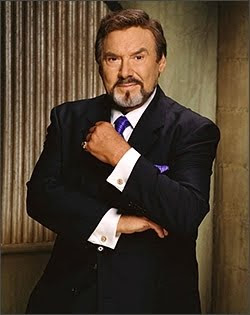 I've started going to the gym a couple of days a week and the time I go coincides with when Days Of Our Lives is on the TV. My better half used to watch Days years ago when we lived in New York and occasionally she'd watch it when we moved to Denver. By a process of osmosis I got to know roughly what was happening and it was always something interesting, for example: John being held against his will in a submarine by a woman who was trying to brainwash him into thinking it was a decade earlier and they were still married. A couple of years ago I'd heard that NBC had cancelled Days because of declining ratings. But obviously that was a false report and it is still going strong. In the Days episodes I've been watching over the last week Hope has become some kind of detective or sheriff's deputy and arch villain Stefano is back! First let me talk about Hope: she still looks terrific, I don't know what she's been doing or has had done but she looks great. Now Stefano: the last I heard Stefano was dead and had left Days to join another soap but he has apparently, triumphantly, returned. Everything about Stefano is fantastic: his wig, his accent, his mad, seemingly pointless schemes, his evil look and please remember that the dude playing him with such verve is well into his 80's. You also have to admire the way he has outwitted the Grim Reaper over the years. According to Wikipedia Stefano has died on the following occasions:
1) By a stroke in 1983.
2) His car plunged into the icy waters of Salem's harbor during a police chase in 1984.
3) Marlena shot him, and he fell from a catwalk as the building caught fire in 1985 (he also had a brain tumor).
4) In 1991, he was presumed to have died in another fire and cave collapse.
5) In 1994, his car erupted into a fireball after being shot at by John.
6) Also in 1994, he drowned near Maison Blanche.
7) In 1996, he died in a plane explosion.
8) Again, in 1996, he was blown up and buried under collapsing tunnel during confrontation with Rachel Blake. This was his last depicted "death" until 2007. However in 2002, Andre DiMera (posing as Tony) claimed that his uncle had died from injuries sustained from a car crash in Monte Carlo. In 2004, when Marlena and the presumed dead Salem Stalker victims found a blackened, unrecognizable corpse on Melaswen, Andre (posing as Tony) claimed it was Stefano. Andre said he had killed Stefano by draining his blood so Andre could cure his own blood disease.
9) In 2007, his death was faked once again. As a setup by the Salem P.D., Steven "Patch" Johnson appeared to stab Stefano to death, but he was drugged and a fake funeral was setup to lure Andre.
10) In 2009 he had a heart attack, but survived.
Posted by adrian mckinty at 11:25 AM