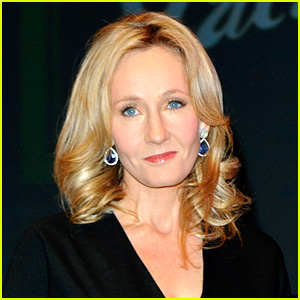 As you are no doubt aware it came out earlier this week that JK Rowling released a crime novel in the Spring under the name Robert Galbraith. The Cuckoo's Calling failed pretty spectacularly: it garnered few reviews and although those reviews were generally praiseworthy they were not ecstatic and the book vanished quickly from the shelves, selling about 500 copies*. Now that JK Rowling has "accidentally" been revealed as the book's author I imagine that the novel will sell in the millions. I haven't read The Cuckoo's Calling and I don't think I will. I've tried 3 of Ms Rowling's books - 2 aimed at children and 1 aimed at adults - and they're just not my cup of tea. No harm to her but she just ain't my thing (I don't think my lack of interest is likely to trouble her sleep). I do have one friend who has read The Cuckoo's Calling and pronounced the book as "meh...not bad." But the quality of the actual novel isn't what interests me, what interests me is the fact that without a marketing campaign behind her** JK Rowling couldn't even sell 500 units* of a contemporary crime novel. No one can. As I've said on this blog many times marketing is the single most important factor in the success of a novel. The quality of the book is utterly irrelevant. If you are marketable (being young and pretty and/or connected) then you've got a chance, but if you are unmarketable you are doomed and your book will fail. There are 2 exceptions to this rule. 1) You might just get lucky. Occasionally a book will capture the Zeitgeist or get read by a powerful newspaper editor or a celebrity who will promote it. 2) You are from Scandinavia: if you are from Scandinavia you can write any old rubbish and the punters will buy it. If Ms Rowling had chosen as her pseudonym Robert Svensson and set the book in Stockholm she would have sold tens of thousands of copies instead of hundreds. Budding authors take note.
...
...
*Joan Smith in the Guardian says it sold 1500 copies which actually isn't bad for a 'debut' novel. I've also read elsewhere that the book sold 700 and 650 copies. You can't really get an audit on book sales until the years end because of returns and remainders but unfortunately now that the jig is up I don't think we're ever going to get an accurate accounting of the pre Rowling reveal numbers. Suffice to say that Cuckoo wasn't, ahem, flying off the shelves...
**Rowling's editor did learn who the book's real author was and thus the book did have suspiciously more marketing than was customary for a 'first' novel but without Rowling's actual name the book still died, although, as we shall no doubt see, the cuckoo will become a mighty phoenix...
Posted by adrian mckinty at 10:00 AM