In The Morning I'll Be Gone 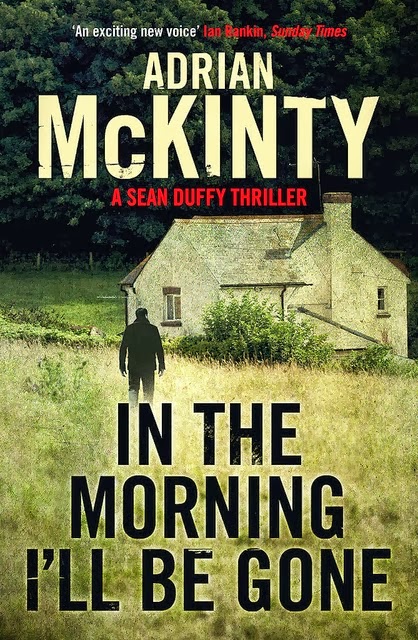 In The Morning I'll Be Gone is released in North America and on audiobook format this week. I didn't want to do another blog about me, me, me but there have been so many newspaper reviews for Duffy #3 I hope you don't mind me reposting them here (I don't have any other website). Suffice to say that In The Morning I'll Be Gone is becoming the best reviewed book of my short crime fiction career. Still America is a VERY tough nut to crack so I'd appreciate it if you could leave me a review somewhere (amazon, good reads, audible etc.) or pass a copy to your mate who just happens to be the editor of The New York Times. I'm going to keep this post up for a week or so in case a curious newbie googles my name and comes here so feel totally free - regular blog readers - not to check back for 7 or 8 days. Anyway here's those reviews, I reckon it's a book most people will enjoy, although if you are upset by sturdy Chaucerian language now considered to be profane or you don't enjoy black humour or any kind of nuance in your Irish fiction then I urge you strongly NOT to buy this book...If you're on Amazon, or Audible or Good Reads, B&N, etc. please leave me a review if you get the chance. Thank you.

A locked room mystery within a manhunt killer [is] a clever and gripping set-up that helps makes Duffy's third outing easily his best so far.

Each book is a solid standalone, but it’s even better to ride the entire trilogy roller coaster with Duffy as your intimate companion.
The Boston Globe

Not content with constructing a complex plot, McKinty further wraps his story around a deliciously old-fashioned locked room mystery, the solution to which holds the key to Duffy’s entire investigation. Driven by McKinty’s brand of lyrical, hard-boiled prose, leavened by a fatalistic strain of the blackest humour, In the Morning I’ll Be Gone is a hugely satisfying historical thriller.
The Irish Times 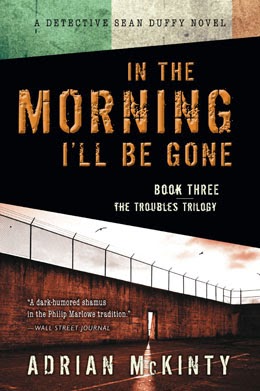 This is the third in the series and, for me, the best, for it contains a locked room mystery at the heart of a drama about a major terrorist escape from the Maze prison, Belfast in 1983. Written in spare, razor-sharp prose, and leading up to a denouement that creeps up on you and then explodes like a terrorist bomb, it places McKinty firmly in the front rank of modern crime writers.
The Daily Mail


[A] superb trilogy reaches its finality...The hunt for [Duffy's quarry] begins and ends spectacularly. McKinty is particularly convincing in painting the political and social backdrops to his plots. He deserves to be treated as one of Britain’s top crime writers.
The Times

An action movie view of the Troubles...a fast and thrilling ride from the reliably excellent McKinty.
The Mail on Sunday 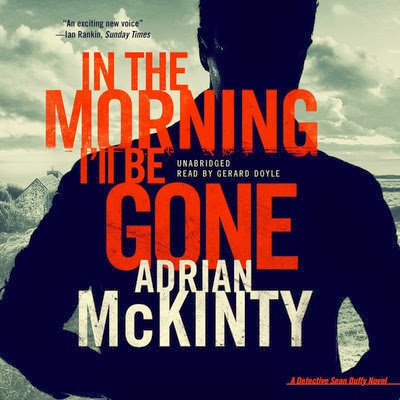 It's a sad day for fans of Adrian McKinty's smart 1980s-set procedurals featuring mordantly charismatic Belfast cop Sean Duffy. Not because his latest, In the Morning I'll Be Gone is any sort of let-down, but because it concludes what has been a hugely enjoyable trilogy. In some ways, Duffy resembles Iain Banks's young male heroes – crass and impetuous, but also wickedly funny and capable of an intense, redeeming empathy.
The Guardian

An older, more sobered Duffy, still unconventional and willing to take chances, but more reflective, more Sherlock Holmes. His growing maturity result in fewer bedroom scenes but there is plenty of excitement and suspense elsewhere in this intelligent and gripping yarn.
The Irish Independent

You also might want to check out this extraordinary review of Duffy#1 at The Drowning Machine Blog by an American reviewer who really understood what I was trying to do with the book.
Posted by adrian mckinty at 9:30 PM