The Boston Globe Reviews In The Morning I'll Be Gone

My first and hopefully not my last US newspaper review by the brilliant Daneet Steffens in The Boston Globe:
It’s Belfast, September 1983. Police officer Sean Duffy starts every day — every drive, really — the same way, checking under his car for bombs before setting off to work.
Recently and humiliatingly demoted from detective inspector — officially for breaking some rules, in reality because he’d run spectacularly afoul of the FBI — Duffy is spending most of his downtime lost in a haze of cannabis-and-tobacco smoke and the Galaxian game on his Atari 5200.
Some of that changes when 38 prisoners escape from the notorious Maze prison, including Dermot McCann, Duffy’s old schoolmate who is now a major IRA operative. (Their history includes a pivotal moment in which McCann talked Duffy, then a hot-headed youngster, out of joining the IRA.) 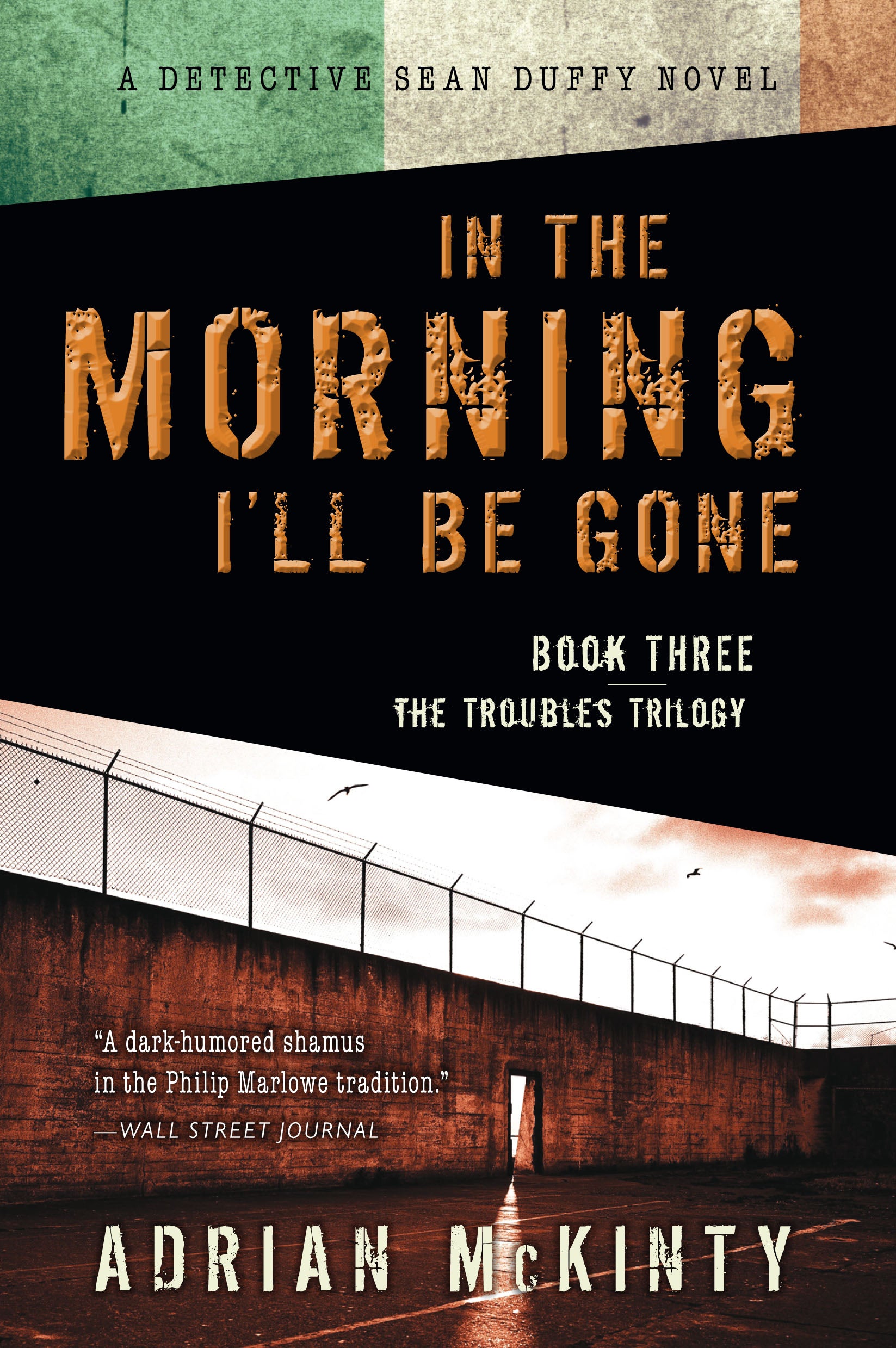 IN THE MORNING I’LL BE GONE

Duffy is still busy anesthetizing himself with vodka gimlets, Black Bush Irish coffees, and the Velvet Underground, when MI5 pops in with a proposition: temporary reinstatement as detective inspector if he’ll help them track down McCann.
Though he initially balks at the “temporary” aspect, Duffy feels his interest rising: “restoration to the police? To my former rank? To be a detective again? The old thrill was coming back.” It beats drunken brawls and early retirement in Spain.
Adding grist to this thriller’s mill is a four-year-old, locked-room mystery that has Duffy and his colleagues kicking around sparkling and very amusing references to locked-room literary classics; one of the funniest scenes involves a fellow cop adeptly poking theoretical holes in a basic premise of “The Murders in the Rue Morgue.’’
With his Sean Duffy Troubles Trilogy, of which “In the Morning I’ll Be Gone’’ is the third installment, Adrian McKinty places riveting police procedurals in the political context of The Troubles, sharply ratcheting up the tension and fear as depictions of conspiracy, murder, and violence rise up from the page.
But it’s not all grit: McKinty’s novels are also shot through with a smart, crackling humor that manages to be both dark and witty. (Check out a police department’s list of arrested burglars, officially recorded as Michael Mouse, Dick Turpin, and Robin Hood.)
Each book is a solid standalone, but it’s even better to ride the entire trilogy roller coaster with Duffy as your intimate companion. And why not?
He is a rare Catholic on a primarily Protestant police force with an appreciative knowledge of Jim Rockford, Kojak, “Star Trek,’’ and “Doctor Who.’’ Because of his dad’s bird-watching obsession, he knows his eider ducks from his rock doves. He’s a whiz at crossword puzzles — his boss leans on him for clue solutions all the time — is a dab hand at lock-picking, and thanks to his barber, notary public, and neighborhood gossip, Sammy McGuinn, Duffy is hooked on Radio Albania.
Duffy also has discerning taste in music: He’s partial to Arvo Pärt and Pink Floyd, considers Rimsky Korsakov’s “The Legend of the Invisible City of Kitezh’’ “good head-clearing music,” keeps a Blind Willie Johnson cassette in his car, and loyally tries to find something to like on Robert Plant’s “Principle of Moments.’’
No stranger to violence, Duffy doesn’t suffer fools, but he is always polite to his over-the-fence neighbors, Mrs. Campbell and Mrs. McDowell. He shows his compassionate mettle — indelibly so — during an investigative visit to McCann’s mother and sister, and demonstrates an even softer touch by tracking down a copy of Dr. Spock’s “Baby and Child Care’’ for a terrified father-to-be.
Duffy is far from perfect. “ ‘You’ve got manic depressive tendencies,’ ” an old girlfriend tells him. “ ‘You have alcohol dependency issues. You don’t eat properly or exercise. You smoke too much.’ ”


Maybe so, lady, but you left out the bit where Sean Duffy strikes what balance he can between survival and integrity, the respect he inspires in his colleagues and the fact that he is utterly and pleasurably human. I rest my case.
Posted by adrian mckinty at 9:00 AM