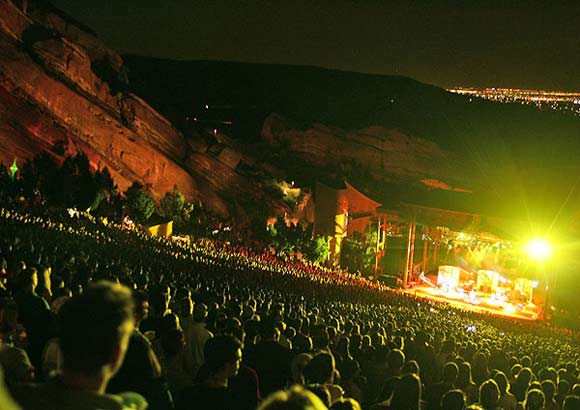 my essay from Radio Silence, issue 02, published earlier this year...

Even White Boys Get The Blues: Radiohead’s “Creep”

One of the late comedian Patrice O’Neal’s most watched videos on YouTube is a short radio interview he did on KITS San Francisco where he dissects the Radiohead song "Creep". He wonders about the strange power “Creep” seems to have over white men of a certain age, speculating that it digs deep into the confusion and angst of Caucasian males in America, perhaps mining some rich seam of inadequacy, helplessness, and loserdom. For O’Neal, “Creep” and the movie Fight Club are the holy grails of contemporary American Whiteness. Black men, O’Neal says, don’t react to “Creep” or Fight Club in this strange obsessive way, but for young white males these two cultural touchstones describe perfectly what it means to be a man in an increasingly complicated, gender-neutral, multi-ethnic world.
I first saw Radiohead play“Creep” in September 1992 at The Venue Club in Oxford on the same night that parts of the music video were shot. I wasn’t that impressed with the group, who I hadn’t heard of before and who seemed to be rather posh boarding school boys completely out of step with the times. As many of us saw it back it then, real music, authentic music, was the blue-collar stuff we were hearing from Seattle bands such as Nirvana, who had triumphantly closed the Reading Festival a couple of weeks prior. Kurt Cobain and Thom Yorke came from different planets. Cobain had been a homeless junkie who lived under a bridge in Aberdeen, Washington, whereas it seemed that the worst thing that had ever happened to Yorke was a bad experience with the bleach bottle in the hairdressing salon.
It wasn’t until I heard “Creep” again a couple of months later on the BBC that I knew it was going to be a very meaningful song in my life. The DJ said something about it being the “radio edit,” so I went out and bought the single, closed the curtains of my university digs, and listened to it on my Grundig hi-fi. The song begins with Yorke’s whispered vocals:

And it’s at this point that Johnny Greenwood hits us with a wall of noise from two open fret chords on his distorted electric guitar. The effect is jarring and disconcerting, no matter how many times you hear it. As you’re still recovering, Yorke’s scaldingly existential chorus cuts to the quick of all your teenage/twenty-something/middle-aged angst:

But I’m a creep
I’m a weirdo
What the hell am I doing here?
I don’t belong here

Is this a universal feeling? Almost certainly. One of Mark Twain’s best jokes was to send a telegram to a dozen of his friends that said: “Flee at once. All is discovered.” And of course, as Twain says, they did. When Steve Jobs passed away, the headline in The Onion was the apt: “Last Man in America to Know What the Fuck He Was Doing, Dies.” In 1978 Pauline Clance and Suzanne Imes coined the term “imposter phenomenon” in a paper in Psychotherapy Theory, Research and Practice to describe women in graduate school or white-collar professions who felt as though they were frauds. Healthy majorities of women in every field felt this way, and subsequent studies found virtually the same feeling among American men.
When “Creep” was released as a single in the U.S., it peaked at number two on the Alternative Modern Rock chart, and the video went into heavy rotation on MTV. The subsequent Radiohead album Pablo Honey was something of a commercial flop in both the U.S. and U.K., and Radiohead’s reputation was not cemented until their two ground-breaking mid-nineties albums The Bends and OK Computer, both of which went multi-platinum. Radiohead became famous for their intellectual, introspective sound and Yorke’s plaintive, wailing vocals.
When I went to see Radiohead at Colorado’s Red Rocks Amphitheatre in the summer of 2001, Rolling Stone was calling them “the biggest band in the world” and the NME declared they were “the world’s most important band.” Radiohead’s music was being discussed in serious newspapers and by critics in highbrow venues such as The New Yorker. One thing missing from all this was “Creep.” Somewhere around 1996, Thom Yorke grew sick of the song and so it vanished from Radiohead’s set lists. Despite the pleas from crowds, Radiohead stopped playing “Creep” completely, although occasionally Yorke would tease the audience by humming a bar or two before launching into something else. At the 2001 Red Rocks concert, Radiohead gave what was subsequently called one of their greatest gigs, but of course “Creep” was absent, and I wasn’t the only one who nudged through the traffic jam back to Denver feeling a little disappointed.
Yorke wrote “Creep” about a girl he used to follow around at Exeter University. He was a funny-looking kid with a skinny, asymmetric face, and the girl was unimpressed by his moody introspection. He channelled his depression into the song, which was first composed as an acoustic solo piece. The melody is not entirely original, and when it was released as a single, credit was shared with Mike Hazelwood and Al Hammond who wrote the Hollies’ song “The Air That I Breathe.” “Creep” was by no means the first song to deal with social panic, but it was perhaps the first hit since Peggy Lee’s 1969 “Is That All There Is?” to wear its existential colors on its sleeve.
The second verse is even more wrenching than the first:

But I’m a creep
I’m a weirdo
What the hell am I doing here?
I don’t belong here

The song ends with the girl, who Yorke had been staring at and stalking throughout, running away from him in fear and disgust:

The genius of “Creep” is identifying this common anomie. We’ve all been to that place (the Pitts and Clooneys aside), that moment when our object of desire rejects us, often in a public and humiliating manner. We’ve all felt that the game is rigged against us and the world belongs to a club of the rich and powerful, a club we will never be permitted to join. “Creep” is a song for the kid in the corner with his hoodie up, not sporty enough to hang out with the jocks, not geeky enough to fit in with the nerds. That kid grew up and became us.
Perhaps as Yorke won more accolades and got more praise from hangers on, he grew uncomfortable singing “Creep.” He didn’t feel like a creep anymore, and he felt like a phoney when he sang it. That changed in the late summer of 2001. My wife and I were in London when we heard that Radiohead were performing a special show for their hometown crowd at South Park in Oxford. Like thousands of ticketless others we took the train there, climbed over the inadequate temporary security fencing and watched the concert in the light English drizzle.
It was perhaps because of this rain that during a second encore there was an equipment failure and Radiohead were unable to play the song from the album Kid A which they had rehearsed. Yorke turned to Johnnie Greenwood and asked, “Es ist kaput, yah?” Without waiting for a response, he launched into “Creep,” to the amazement and delight of the crowd.
Steven Dalton of the NME described what happened next: “Everybody within thirty miles of Oxford sings along, soaked to the bone, bonding in the Biblical downpour that even Thom Yorke was powerless to prevent because Radiohead are not gods; but for these two hours, at least, they were godlike.” Since then the song has rotated in and out of Radiohead set lists but it is always a crowd favourite and it always will be. Solace for an alienated teenager picked on at school, solace for a middle-aged man passed over for promotion, solace for someone stood up on a date.
African-American musical heritage is so rich that a band like Radiohead seems unnecessary for black American males. It was with wry amusement that Patrice O’Neal would watch his white friends freeze and get very quiet when “Creep” came on the radio. For comedic purposes, he pretended not to know why, but like all good observers of the human condition, he knew that there was no real mystery about it: Everyone gets quiet when they’re playing your song.
Posted by adrian mckinty at 10:00 AM