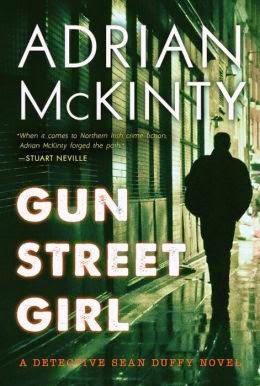 First of all thank you to all the amazon and Good Reads reviewers - this book is getting possibly the best reviews of my career from ordinary readers and I'm pretty excited about that. Thank you all.

Now some newspaper and blog reviews (I've removed all spoilers and just left the analysis):

Booklist February 1, 2015
*starred*
...Duffy is more introspective here, and while the Troubles trilogy featured strong characterization, series fans will appreciate the further insight into the fallout from tragic cases, department politics, and war. As usual, there’s plenty of funny and entertaining territorial battling between the dizzying array of law-enforcement agencies acting in Belfast, and Duffy’s investigative skills seem somehow sharpened by his lost hope.
— Christine Tran 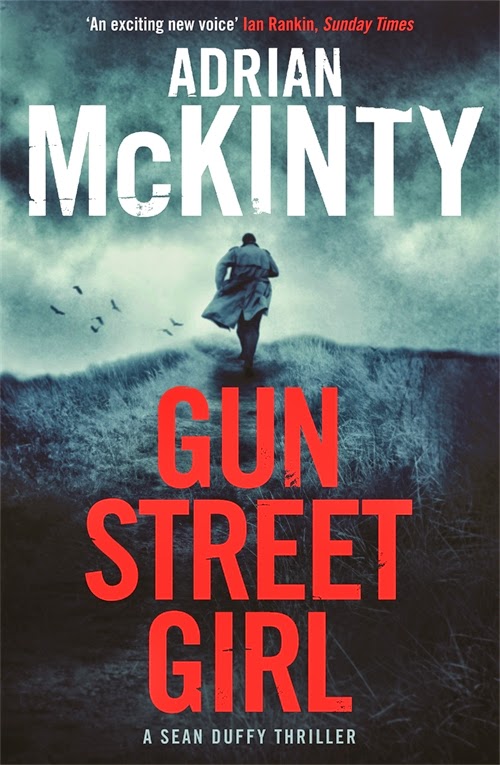 [All four Sean Duffy novels have now gotten *starred* reviews by Booklist. Starred reviews are relatively uncommon and for all 4 books of a series to get starred reviews is  - I think - pretty unusual]

...Gun Street Girl is another superb satire of its time and place.
-Declan Burke

“Gun Street Girl is great; I'm so glad that Adrian McKinty has given readers another novel starring Belfast cop Sean Duffy, whose earlier exploits were described in the terrific Troubles trilogy. Don't miss any of the four….” —NANCY PEARL, NPR commentator and bestselling author of Book Lust

Irish Independent
...Duffy is a brilliant character and there must be plenty of unresolved crimes, even in a backwater like Carrickfergus, for him to tackle and for Adrian McKinty to turn into further gripping episodes of this terrific series.
-Maurice Hayes

This is so good!....There’s a realistic undercurrent of sour humour in this story of a man who has reached a turning point in a troubled land. But more than that, it’s a hugely entertaining and riveting book, with real elements of the times expertly woven into the storyline to give a gritty flavour of life seen through the eyes of an RUC officer on the line.It’s also the most enjoyable book I’ve read in a long time. Highly recommended. Buy it or borrow it, put it on your MBR list (must be read).
-- Adrian Magson

Bite the Book
...Full of McKinty’s wickedly black humour and brilliantly plotted this just maybe the best book in an exceptional series so far. Sean Duffy has come a long way from The Cold, Cold Ground but it is starting to leave its scars. I was reluctantly happy to see the series finish after three books but I think there is possibly a little more life in this awesome series to come. At least I hope so!
-- Jon Page

Bookwitch
...There is a hilarious chapter when Sean tries a dating service (seems no one wants to get romantically involved with a – possibly – shortlived police officer). Gerry Adams is back in a cameo, Thatcher is pulling strings in the background and those pesky Americans think they are the boss...Gun-running, politics, love and murder. You can’t ask for more when it’s Adrian doing the writing. Personally I want more Duffy books, but maybe he has been beaten up too many times for that to be likely. And I was going to say that perhaps it’s not good for me to have all I want, but I felt fantastic reading Gun Street Girl. Just saying
--Ann Giles