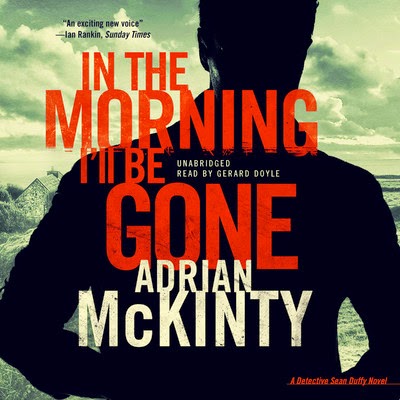 I've been shortlisted for a 2015 Audie Award. As usual all praise is due to Gerard Doyle my
audiobook narrator and the good people at Blackstone Audio.

The full thriller/suspense list below. (Good luck to Michael Koryta and James Lee Burke both of whom I sort of know)

THRILLER/SUSPENSE AUDIOBOOK OF THE YEAR

In the Morning I'll Be Gone; by Adrian McKinty; Narrated by Gerard Doyle; Blackstone Audio Inc.

Those Who Wish Me Dead; by Michael Koryta; Narrated by Robert Petkoff; Hachette Audio

Wayfaring Stranger; by James Lee Burke; Narrated by Will Patton; Simon & Schuster
Posted by adrian mckinty at 8:00 AM