my review of the new David Park novel in last weekend's Australian newspaper... 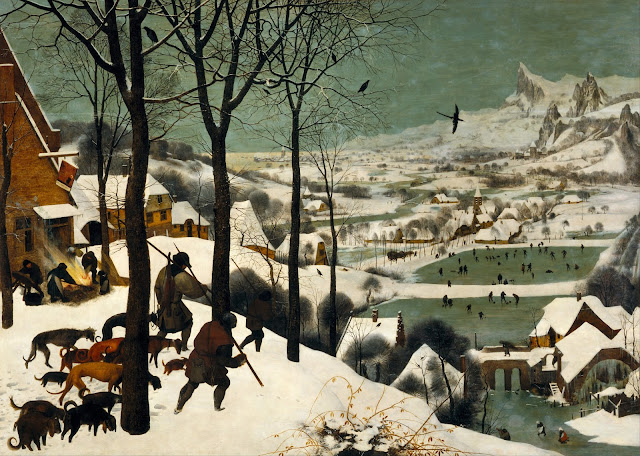 A man called Tom is setting off on a journey in the dead of winter to bring his son back home again. The boy, Luke, has gotten sick while at the University of Sunderland – he’s not ill enough to go to the hospital, but he is feeling awful and he just wants to be looked after by his mum. The problem is that a freak blizzard has closed all the airports and made driving on the roads treacherous. Tom and his wife Lorna live on the Ards Peninsula in eastern Northern Ireland and getting to Sunderland will entail a ferry crossing from Belfast to Cairnryan and then a drive across Scotland and northern England. Tom, Lorna and their young daughter Lily help pack their trusty RAV4 full of food, water sleeping bags, a torch and in case he gets stranded, Lilly solemnly gives him her toy wig-wam tent. Tom waves drives away from the house, skids on the bend at the bottom of the road, nearly crashes right at the start but makes it to the Belfast docks.
Thus begins Irish writer David Park’s tenth novel. Park writes in the lyrical, psychologically acute tradition of the late twentieth century masters of the Irish short story John McGahern and William Trevor but his style remains nimble and flexible enough so that discussions of Morrissey’s lyrics, Brexit shenanigans and the Marvel Cinematic Universe do not seem out of place. Park, born in 1954, is a near contemporary of Colm Toibin and Sebastian Barry but unlike those two Dublin based novelists, Park flew largely under the radar as an English teacher in Belfast until the publication of The Truth Commissioner (2008) which found him a whole new audience. The Truth Commissioner was a masterful exploration of what life was like in post-conflict Ulster, as the province, ten years removed from Troubles, struggled with a kind of collective post traumatic stress disorder.
Travelling In A Strange Land also deals with some aspects of the city’s recovery from three decades of low level civil war (there is a flashback to Tom dealing with a vicious paramilitary who is bothering his primary school teacher wife) but Park is more invested in delving deep into Tom’s personality and his relations with his family, all of which become manifest as the book progresses.
Park flits skillfully between the present drive through Scotland, Tom’s recollections of his past and dialogues that Tom has with his Lorna, Lilly, his ailing son Luke and his enigmatic lost son Daniel. Tom is a photographer and he has a bold visual painter’s eye for landscape and place. He imagines himself like one of “Brueghel’s trudging hunters who return from foraging for food in the wilderness” to an indifferent village who “don’t rush to greet them or understand anything of what they have endured.”
Like the Hunters in the Snow, Tom does endure physical hardship on the journey across Scotland, helping out the victim of a nasty car accident but Park is more fascinated, like the German poet Novalis (also a Brueghel devotee), in the inward journey which is “The Way full of mystery.”
Tom paints himself as an ordinary bloke in an ordinary middle class job taking photographs of school kids and newly-weds but in fact he’s a man who “has come to understand the truth of what Ansel Adams said: you don’t make a photograph just with a camera, but [with] all that you have seen, the books you have read, the music you have heard, the people you have loved.”
Nowhere in Europe or possibly the world has the Christian religion failed as spectacularly as Ireland with its history of abuse, blood feud and the toxic ‘Narcissism of the Small Differences’ between different sects; Tom like many disaffected Irish people has carved out an intriguing personal mythology that bespeaks an older religion vested in totemic places in the land. Tom imagines himself in Belfast’s hidden river, the Farset, (the origin of the city's name - Béal Feirste) which has long been culverted over and flows now like the Styx under the feet of the living and the dead. In Tom’s mind we visit Ulster’s ancient holy places, the Giant’s Causeway, The Dark Hedges and when Tom’s troubled eldest son Daniel disappears from home Tom seeks him out in Belfast’s facetiously named Holy Land: Jerusalem Street, Palestine Street, Damascus Street, Carmel Street. Tom eventually finds Daniel, like his Biblical namesake, fallen among the Babylonians, where he fares rather worse than the dream weaver of King Nebuchadnezzar.
The Old Testament Daniel is saved from the lions by an Angel of the Lord and as we travel east with Tom towards the sunrise we realise that his secret destination is Antony Gormley’s massive steel statue The Angel of the North just outside of Sunderland.
“What is the purpose of this journey?” Tom asks himself on page one and by the end we know that the journey has two purposes: to rescue his ailing younger son and to seek to lay to rest his guilt over how he somehow lost the prodigal older boy.
Like the extraordinary 2013 Stephen Knight film Locke the action in Travelling takes place almost entirely in a car in the protagonist’s own head and yet this is somehow a visually arresting, gripping and completely compelling novel from one of Ireland best contemporary writers.

Posted by adrian mckinty at 8:09 AM