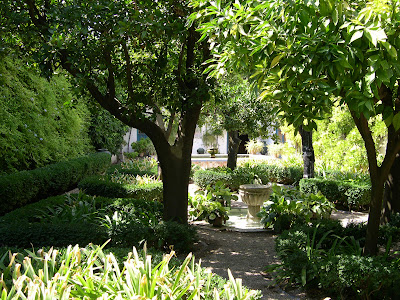 News from The Times that they are going to dig up Garcia Lorca from the mass grave he was thrown in after being murdered by the fascists. A lot of people in Spain think this is an outrage (including some of Lorca's relatives) but they reinterred Yeats after he died in Paris so that his wishes could be followed and he would be buried "under Ben Bulben". (Or at least they think they did - more on that weird story here. ) Did Lorca want to be buried in a rubbish filled canyon? No, actually, he didn't: