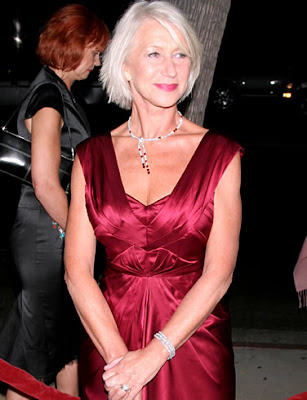 I was reading an nterview with Judy Dench in The Guardian over the weekend and Dame Judy said that the one thing that she couldn't stand was when people called her "a national treasure". Of course, with apologies to her, she is a national treasure. Anyway I thought I would compile my own list of 10 other, N.T.'s all from the UK (the concept of national treasure somehow doesnt really work elsewhere):
1. Patrick Moore: Still presenting the Sky At Night on the BBC, as he has been so doing for the last 53 years.
2. David Attenborough: Feisty, curious and energetic as ever.
3. Christopher Hitchens: smart, funny, mad, bad and dangerous to know and STILL kicking. Even when he's way off base he's entertainingly way off base.
4. Patrick Leigh Fermor: The travel writer's travel writer. He's now well into his nineties and apparently going strong. If you haven't read A Time Of Gifts then stop what you are doing right now and order the book from somewhere.
5. Helen Mirren: she can do no wrong as far as I'm concerned. Yes, even Caligula.
6. Stephen Fry: the youngest national treasure on my list, but he is, isn't he? Bless him. He writes, he acts, he directs. My only problem with Fry is that QI programme which I find a bit obnoxious.
7. Robert Plant: utterly confounding expectations after all these years. He can't quite sing those high register Zep songs anymore so he's had to improvise, and more power to him for that. He likes what he likes and he does what he does and he's charming and funny as this little appearance on Letterman shows.

8. Michael Caine: always good even when he's bad if that makes any sense. Everybody in Britain can do a Michael Caine impersonation. Some better than others. 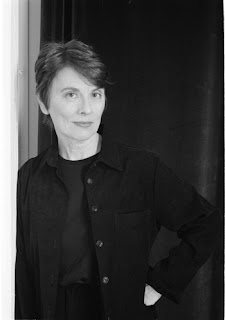 9. Stephen Hawking: Hawking still hasn't got a Nobel Prize, which makes me ask, what's the point of Nobel Prizes then?
10 (tied) Ruth Rendell and PD James ... the Queens of crime, par excellence.
...
Are there any American National Treasures?  I dont know if the concept really works across the Atlantic but I suppose... Gore Vidal, Jacques Barzun, Camille Paglia, Bob Barker, Werner Herzog, Bob Uecker, John Daly, Clint Eastwood...???
Posted by adrian mckinty at 9:16 AM