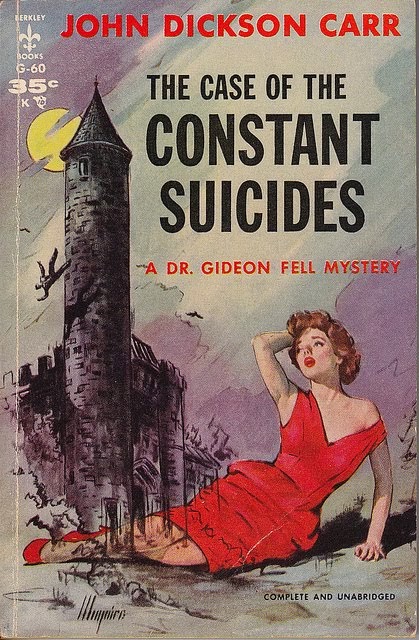 This is the original edit of my piece on locked room mysteries for the Guardian newspaper that I published in January. I explain how I got hooked on the genre and why I wanted to write one of these in the first place. The piece below is longer than the original newspaper article with a little more exposition on my favourite books and my 'rules' about what makes a good locked-roomer...

When I was ten years old I remember the first proper mystery novel that I read. It was a paperback of Agatha's Christie early classic Murder on the Orient Express. Orient Express, you’ll recall, is the one where everyone did it, which delighted me no end and I was immediately hooked. I began to work my way through the other Agatha Christies at Belfast Central library and it was probably the sympathetic librarian there who put into my hands The Murders In The Rue Morgue, the first real locked-room mystery that I came across.
Since Rue Morgue I’ve read dozens of locked-roomers (or ‘impossible murders’ as some prefer to call them) and I have developed firm opinions about the genre. I have no truck whatsoever with the ones that have a supernatural solution or where the author doesn’t give you enough information to solve the case for yourself. Some purists don’t like locked-room problems that involve magician’s tricks (a staple of Jonathan Creek for example) but I’m of the opinion that as long as the mechanics of the trick are explained to the reader (or viewer) well before the solution, these can be permissible.
A locked-room problem lies at the heart of my new novel, In The Morning I’ll Be Gone in which an RUC detective has to find out whether a publican’s daughter who fell off a table in a bar that was locked from the inside was in fact murdered and if so how. The first thing I had to do was to assure the reader I was not cheating about the facts: the pub was indeed locked and bolted from the inside, there were no secret passages, no concealed rooms and certainly no supernatural element. Then, of course, I had to give the reader all the necessary information so that she or he could solve the case at the same time or before the detective. And by all the information I mean: facts, psychology and motive. When it works you should be able to read a locked-room mystery twice, the second time spotting the clues and seeing how the whole thing fits together and, hopefully, enjoying the iron logic of the solution.
When a locked-room mystery doesn’t work the solution makes you groan and the book gets hurled across the room. In The Murders In The Rue Morgue an elderly Frenchwoman is killed in a locked room on the fourth floor. The solution – spoiler alert – is that the murder was done by a tame orang-utan who climbed in through the open window with a straight razor. Even at the age of ten I wasn’t happy with that. (I think it was George Orwell who said that the even more ridiculous plot point in Rue Morgue was the idea that an edlerly Parisian lady would go to bed with the window open). More recently The Girl With The Dragon Tattoo found itself flying across my kitchen when I realised that the locked-room problem at its heart (actually a locked island) was a cheat because the reader had been clumsily misinformed about the essential facts.
The golden age of the locked-room mystery in Anglo-American detective fiction has largely passed but in France Paul Halter has been churning out original impossible murder novels since the mid 1980’s and In Japan the great Soji Shimada virtually invented the Shinhonkaku “logic problem” sub-genre which is still extremely popular today. 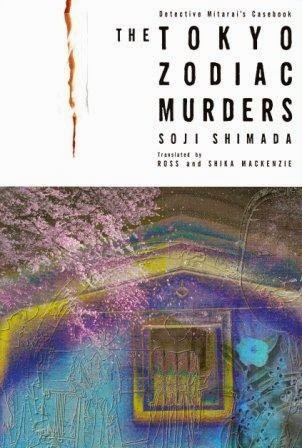 I think there are four elements that make a really good locked-room mystery novel: 1. An original puzzle. 2. An interesting detective and supporting characters. 3. Lively prose. 4. An elegant solution to the puzzle. Mixing classic and contemporary with no supernatural activity allowed these are my ten favourite locked-room/impossible murder novels: 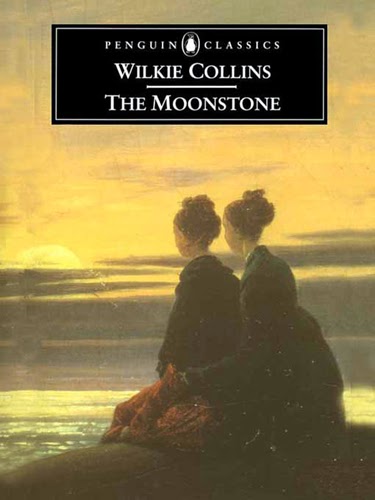 2. The Tokyo Zodiac Murders (1981) – Soji Shimada. The book begins on a snowy evening in the Shōwa period of pre war Japan. A wealthy artist, Heikichi Umezawa, is finishing up his great cycle of paintings: 12 large canvases on Zodiacal subjects. As he works on the last one his head is smashed in with a blunt object. The studio is locked from the inside and the suspects have alibis. Over the next four decades many of Umezawa’s family members are also gruesomely killed, most in ‘impossible’ ways. In a series of postmodern asides Soji Shimada repeatedly taunts the reader explaining that all the clues are there for an astute observer.

1. The Hollow Man (1935) – John Dickson Carr. Someone breaks into Professor Grimaud's study, kills him and leaves, with the only door to the room locked from the inside, and with people present in the hall outside the room. The ground below the window is covered with unbroken snow. All the elements are balanced just right in this, the best of Dickson Carr’s many locked-room problems.
Posted by adrian mckinty at 8:00 AM