Some Tidbits From The Paris Review Interviews 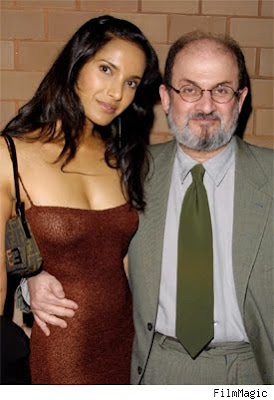 I recently got The Paris Review Interviews III to go with I and II. I think this one might be my favourite of them all. Instead of reviewing the books however I thought I would just give you 10 interesting tidbits from the interviews:
...
1. Salman Rushdie is a Lord of the Rings geek and speaks fluent Elvish. That, my friends, is clearly how to impress the ladies.
2. Norman Mailer believed in reincarnation.
3. Jean Rhys lived in terror of obeah - West Indian black magic.
4. Simenon wrote a new Maigret novel every 11 days.
5. Ernest Hemingway wrote standing up.
6. James Thurber had a photographic memory and could transcribe entire conversations, perfectly, decades later.
7. Until 100 Years of Solitude came out none of Garcia Marquez's books had ever sold more than 700 copies. (There's hope for all of us!)
8. Martin Amis appeared as a child actor in the film A High Wind in Jamaica.
9. Stephen King was drunk during the writing of Cujo.
10. Isaac Bashevis Singer felt that we were surrounded by ghosts and spirits.
...
My favourite interviews were with Singer, Faulkner, Denison and Hemingway who all seem pretty likeable. My least favourite were with Graham Greene and William Gaddis who, frankly, seem like jerks.
Posted by adrian mckinty at 9:39 AM