The Swimmer As Hero 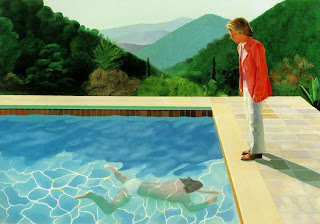 (a post from the blog's infancy)
...
I had never heard of Charles Sprawson's Haunts of the Black Masseur - The Swimmer as Hero until I read a review of the book by JG Ballard in an essay collection. Ballard endorsed it so strongly that I ordered it immediately from Amazon.com. It is a cultural and literary history of swimming through the ages, enlived by Mr Sprawson's own swimming exploits: learning to swim as a boy in India, bathing at Pliny's house in Como, dodging Russian tankers as he attempts the Hellespont, lounging in the pools of Hollywood. Sprawson is one of those people who have read everything and he must have dozens of notebooks full of swimming references which he generously doles out for our amusement in lovely, streamlined prose. Byron gets his own chapter as do the Romans, Greeks and German romantics and many likely and unlikely figures in between. The book is charmingly illustrated and bound. It would be flawless but for the fact that it lacks an index. Though published by the small University of Minnesota Press it has been continually in print since 1993; so I would urge U Minn to hire an indexer for the next printing and if they don't Mr Sprawson should jump to Penguin or NYRB who would, I'm sure, love to have him on their lists. Charles Sprawson's interview with the BBC is miraculously still available here.
Posted by adrian mckinty at 9:02 AM