Belfast Noir - What The Trades Say... 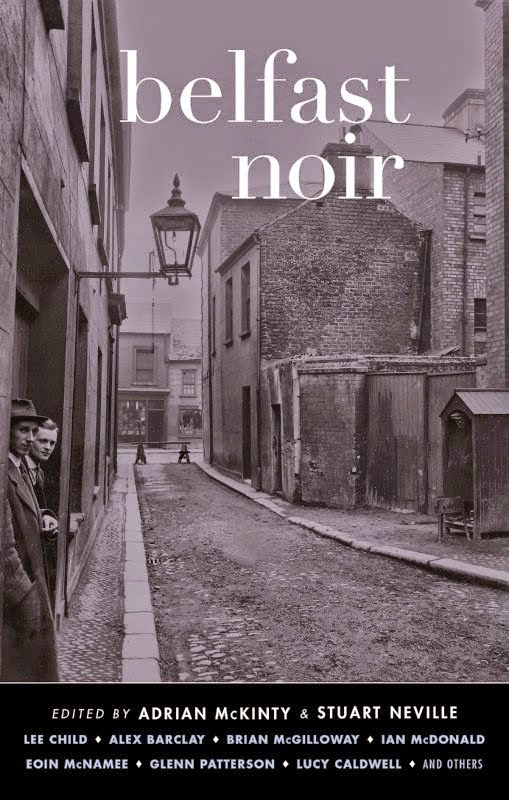 *starred* Belfast Noir. Akashic. Nov. 2014. 256p. ed. by Adrian McKinty & Stuart Neville. ISBN 9781617752919. pap. $15.95; ebk. ISBN 9781617753237. F
Edited by two award-winning crime fiction writers from Northern Ireland, this anthology is long overdue, since Belfast is the most noir-imbued city in Western Europe after decades of poverty, bigotry, demagoguery, sectarianism, and murder. The natural backdrop of mist, rain, and dark cloud cover also helps—as does black humor, which is a strong motif here. All the stories are compelling and well executed. Ruth Dudley’s “Taking It Serious” comes seriously close to truly portraying fanaticism within the city’s complicated tribal landscape. Eoin McNamee employs the juxtaposition of video cams and narrative to extenuate the sense of anomie in the striking story “Corpse Flowers.” Alex Barclay’s “The Reveller” is a deep psychological bear trap of a story. Gerard Brennan’s “ Ligature” makes for compelling and uncomfortable reading. VERDICT Great writing for fans of noir and short stories, with some tales close to perfection. It made this reviewer nostalgic and hopeful for his beautiful, brash, beastly Belfast.—Seamus Scanlon, Ctr. for Worker Education, CUNY


Fourteen stories that explore the darker sides of the human psyche, each from a different neighborhood of Belfast.
“The Undertaking,” by Brian McGilloway, is a tale of a switched coffin and a deadly cargo. The narrator of Lucy Caldwell’s “Poison” recalls her schoolgirl obsession with a teacher. In Lee Childs’ “Wet with Rain,” a house rumored to kill its occupants more than lives up to its reputation. “Taking It Serious,” by Ruth Dudley Edwards, follows a boy who won’t compromise along his path to free Ireland. The narrator of Gerard Brennan’s “Ligature” is a prison inmate who’s curious about why someone on the men’s side killed himself. Another prisoner is the subject of a reporter’s piece about crime and retribution in Glenn Patterson’s “Belfast Punk Rep.” In “The Reservoir,” by Ian McDonald, a supposedly dead man comes to his daughter’s wedding and confronts his enemies; a criminal barrister in Steve Cavanagh’s “The Grey” serves his client well but at a terrible cost. The teenage private eye in “Rosie Grant’s Finger,” by Claire McGowan, takes on a case of kidnapping; a more mature investigator gets a 4 a.m. phone call that he knows will mean trouble in Sam Millar’s “Out of Time.” A sting operation to break up a dog-fighting ring has an unexpected outcome in Arlene Hunt’s “Pure Game,” and an alternate identity changes hands in Alex Barclay’s “The Reveller.”
The choices made by editors McKinty (In the Morning I’ll Be Gone, 2014, etc.) and Neville (The Final Silence, 2014, etc.) celebrate lowlifes, convicts, hookers, private eyes, cops and reporters, and, above all, the gray city at the heart of each story.
Posted by adrian mckinty at 9:00 AM