Portrait of the Artist with a Spray Can

Melbourne proudly calls itself the “graffiti art capital of the world.” Well maybe not proudly but I don’t think anyone would dispute the title. Graffiti is everywhere in this town: shops, schools, businesses, trams, bridges, scaffolding, walls, garages, windows, I have even seen it on garden gnomes and parked cars.

In Saint Kilda where I live, they run a graffiti tour so that residents can learn about the motivations and techniques of the little scamps who have scrawled all over their house. 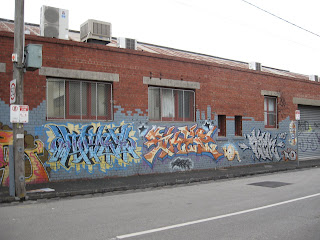 I haven’t been on the graffiti tour yet but I am looking forward to it. I imagine an earnest young man with a beard, a bit like one of The Modern Parents in Viz Comic, who will explain the semiotics behind the huge phallic letters sprayed on the doors of my local bank. Perhaps I’ll learn to love the local artists but I doubt it. As far as I’m concerned graffiti tagging is basically blogging for stupid people. Any point you want to make with a spray can you could do on the web, and you could actually make money out of it, and you won’t go to prison. In Melbourne you can get six months in jail for just carrying a spray can and if you get caught spraying it they’ll transport you to the colonies … Wait a minute, we’re in the colonies, that’s no deterrent.

Anyway let’s say you’re one of those evil, reactionary Tories, perhaps fresh from playing an Englishman in a Mel Gibson movie, who doesn’t like seeing graffiti painted on your family business; what do you do? There are two radically different schools of thought and both can be seen on my local manor: Camden Street. At one end of Camden is the Coles supermarket. Coles have decided that they don’t like graffiti, so, every week, they whitewash their walls. It costs a fortune and it’s a big hassle but it seems to work. Graffiti artists tend to avoid Coles because their tags won’t last long there. At the other end of Camden Street the kosher butcher has gone for the other school of thought: Danegeld. Here what you do is pay one of the taggers to draw a mural on your shop and usually all the other artists respect the art and leave it alone. The only problem with that approach is that most of the murals are rubbish. The one on the kosher butcher looks like it was done by a man who, like the late Syd Barrett, took too much acid and never quite returned.

For myself I wouldn’t do either of those schools of thought. Like Captain Kirk attempting the Kobayashi Maru manoeuvre at Star Fleet Academ 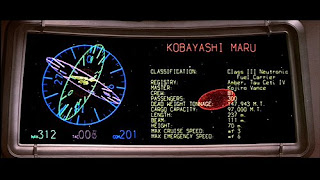 y I’d go for a third approach. I call it The Tom Sawyer Technique. Remember that bit where Sawyer co-opts all the local deadbeats into painting the wall for him? No? What do you mean no? You didn’t read Tom Sawyer!? And you’ve never heard of Kirk or the Kobayashi Maru manoeuvre? How old are you? Wow, that just about beats all, what are they teaching kids in schools these days? No I won’t tell you now. I’m huffing. You can just forget it then. I’m going to talk about something else.

Graffiti art is technically committing a crime and I’m a crime novelist, so it set me wondering, are there any great crime novels featuring taggers? I looked but I couldn’t find any. Why not? There are plenty of novels about pickpockets and drug abusers and vandals, why no tagging books? Well the truth is I didn’t look very hard. Maybe there are hundreds. The only thing I could come with up is a recurring character called Chopper in 2000 AD comic and it also seems that England’s tagger-in-chief Banksy, has his own fanzine. 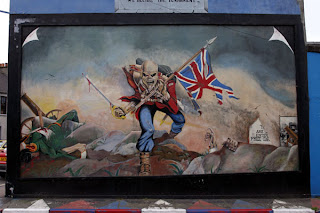 But as I say my problem with Melbourne graffiti isn’t just its quantity, but also its quality. Local graffiti artists are staggeringly banal in their choice of subject matter. Signatures, letters, hearts, occasionally genitalia, really you can do so much better Melbourne! Who am I to judge I hear you ask. Well I’m a bit of an expert on graffiti, actually. Yes, I moved here from Denver which had almost no graffiti, but I grew up in the north Belfast suburbs which had some truly terrifying sectarian “murals”. Headless horseman of the apocalypse, skeletons with AK 47’s, ski mask assassins holding up skulls, death threats, martyrs memorials, and bold turf marking graffiti done in mental-patient white or coffin black. In my patch if someone scrawled UVF or IRA on your garden wall, you thanked them, and if for some reason you wanted it removed you had to get permission from the local hoods. Naturally permission only came after you’d handed over a six pack of McEwans Export, a carton of Woodbines and an envelope stuffed with cash.

And I also lived in Harlem for six years where graffiti really was art. In Harlem taggers would try to compete with one another in renderin 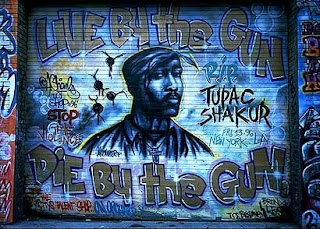 g compex imagery usually with a political or gang related message. I remember the Saturday night Tupac got shot, by next morning on 125th Street there were dozens of beautifully rendered memorials celebrating his life and music and a few not so beautiful ones from crips claiming they’d shot him.

So these Melbourne guys have some catching up to do. Any eejit can go out with a spray can and write their name on someone's garage. Where's the challenge in that? Where's the ambition? Ok. Confession time. I was more or less going to end this post here with a rather trite summing up but something’s been nagging at me. You see what I said above isn’t quite true. Take a look at this one below to the left: 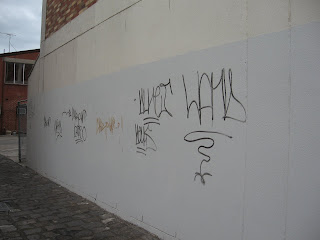 Pretty innocuous huh? But these are from the wall around the Saint Kilda Police Station. Remember when I said carrying a spray can get you six months? I wasn’t kidding. And these taggers did that under the eyes of CC cameras on the police station wall! I’ll admit it, I was pretty impressed when I saw that. Anyone who has the heuvos to graffiti a cop shop has got a lot more bottle than I have. So, I’m not going to take back everything I just said above but I will say this to the boys and girls of the Chapel Street Crew: you who are about to spray (and as long as you don’t do it on my house) I salute you.