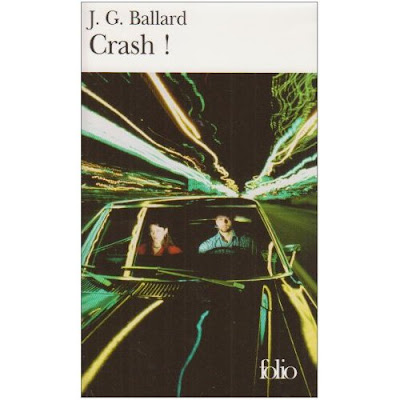 JG Ballard has always been more respected in France than in England (or America) where - until very recently - he was still considered to be a minor science fiction writer. Fortunately that is now changing and when the news slipped out last autumn that Ballard had terminal cancer a serious reappraisal began of Ballard's life and work. I finished Ballard's final book The Miracles of Life in the wee hours of this morning. It's an episodic autobiography which fills in the details he left out of his biographical novels Empire of the Sun and The Kindness of Women. Miracles of Life of course talks about his time in a Japanese prisoner of war camp in Shanghai, but also about his early struggles with his sanity, the death of his young wife, his nasty feud with Kingsley Amis, the invective heaped upon him after the publication of Crash and his rather skeptical attitude towards his 'home' country. It's a great book, written with a very clear eye in dispassionate prose. I'm a Ballard completist, having read every one of his novels, essay and short story collections. The fact that this is the very last one is bitter sweet.
...
I was listening to Radio 4 a few weeks ago and the director of the opera Dr. Atomic was on talking about how Robert Oppenheimer, Richard Feynman etc. were all "war criminals" for working on the Manhattan project and how Japan would have surrendered anyway without the A Bomb being dropped. I suppose this is now what is taught in the core curriculum of UK schools. Ballard of course has no time for this thesis and points out in Miracles of Life that but for the A bombs he and all the prisoners in the Shanghai camp would have been massacred along with millions of Chinese civilians in and around Shanghai since the Japanese Imperial Army in China had plans to fight to the last man and kill as many people as possible. It was only the dropping of the atomic bombs that forced Hirohito to surrender the Imperial forces en masse (and even on the day of the broadcast there was an attempted coup) saving hundreds of thousands of allied troops and millions of Japanese and Chinese lives. The dropping of the bombs was a terrible thing, but, Ballard argues, it prevented an even more terrible thing.
...
If you haven't read any Ballard, Empire of the Sun is a good place to start but my favourite era is the period 1973 - 1979 when he produced four extraordinary novels: Crash, Concrete Island, High Rise and The Unlimited Dream Company which I'd be happy to talk about in the comments below.
Posted by adrian mckinty at 5:52 PM